From 1938 to 1943 Gaetano Azzariti, a well-known jurist and scholar during the Fascist regime, occupied a prominent role in the racist bureaucracy, presiding over one of the most notorious instruments of the anti-Semitic persecution, the so-called Tribunale della Razza (Race Court). This research aims at illustrating how such a prominent figure, who actively supported the implementation of the Fascist racist policy, was able after WWII to distinguish himself from his cumbersome past, even becoming the president of the new Republican Constitutional Court in 1955. This work is based on the papers of the post-war Azzariti's purging trial, as well as on files from the archives of the Italian Constitutional Court. These clarify the dynamics that allowed Azzariti to escape the purge, even though his involvement with Fascism was well known. The personal story of Gaetano Azzariti helps in investigating more general issues such as the contribution of Italian jurists to the racist legislation, the purpose of the Race Court and the mechanisms that allowed post-war Italian society to quick erase its anti-Semitic past. 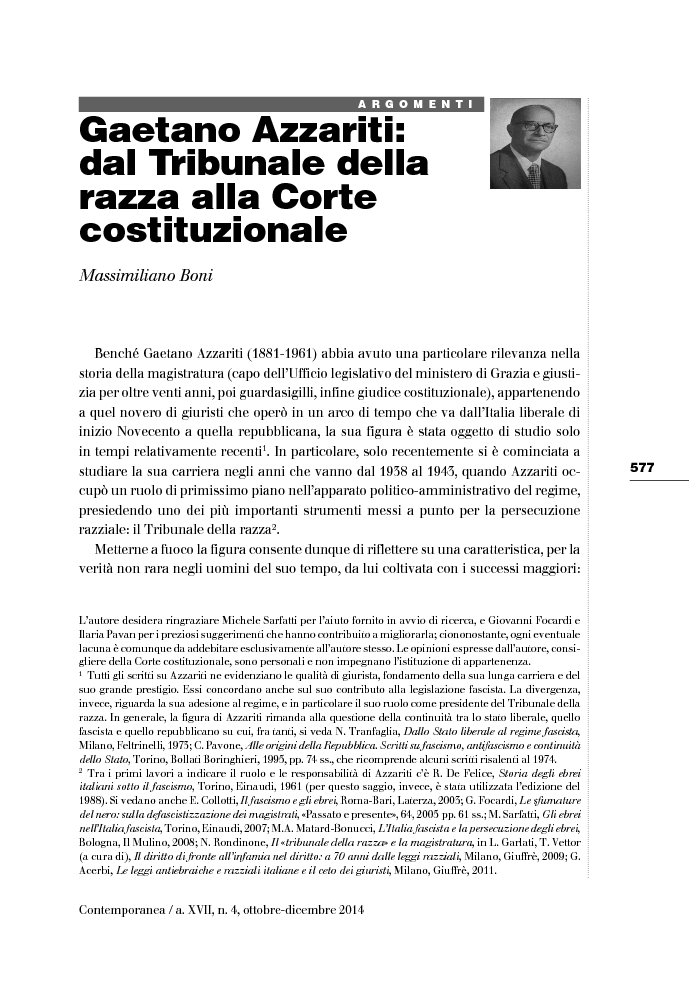