This article examines the anti-liberal and anti-feminist message spread by literary best sellers like those of German writers Luise Hensel, Ida Hahn, and Marie Nathusius. After the turning point of 1848 and until the first decades of the twentieth century, the numerous translations of these three women writers (one Protestant and two Catholics) disseminated and readapted profoundly conservative visions through popular literature. Their not explicitly political message was able to underpin traditional gender roles, Christian values, confessional identities, and anti-liberalism in an age of progress and modernisation. The extraordinary success of these German-language novels was based on well-established networks of translators, publishers, religious organizations and conservative politicians that went far beyond the borders of the German states. This article not only investigates literary expressions of popular conservatism and its transnational dissemination but it also shed new lights on the conservative mobilization against women’s emancipation in late nineteenth century in Germany. 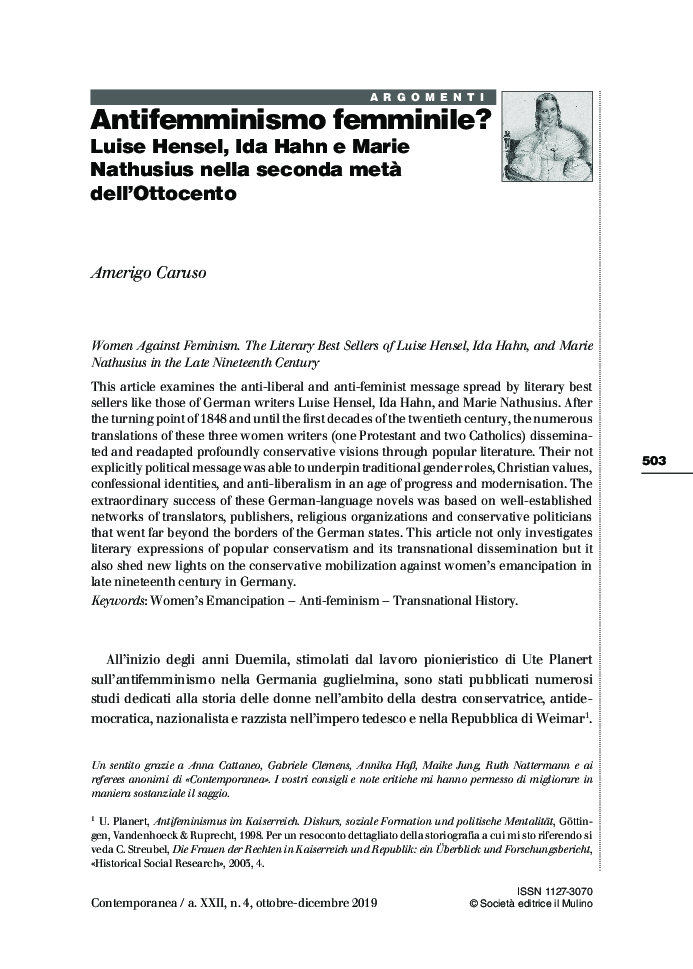