In the years preceding World War I, Britain experienced an unprecedented upsurge in labor militancy and waves of strikes, often associated with violence, rioting and public disorders. The workers’ revolt brought on a crisis of confidence in Edwardian society, eliciting daunting imaginaries of social disintegration and decay among conservative ranks. Building on the more recent theoretical approaches to conflict escalation, this article reconstructs the spatial, organizational and institutional contexts of industrial violence. By providing dense descriptions of paradigmatic cases, the article uncovers the cognitive, psychological and emotional mechanisms involved in the dynamics of violent radicalization. At the same time, it examines the evolution of protest policing under the pressure of both democratization and a jingoistic quest for social discipline and national efficiency. This article is intended to give illustration to the corrosive action of violence on the Liberal State as well as to expose the immediate prewar years as the primeval stage of that process of polarization of social relations that would reach its apogee in the European crisis of the interwar period. 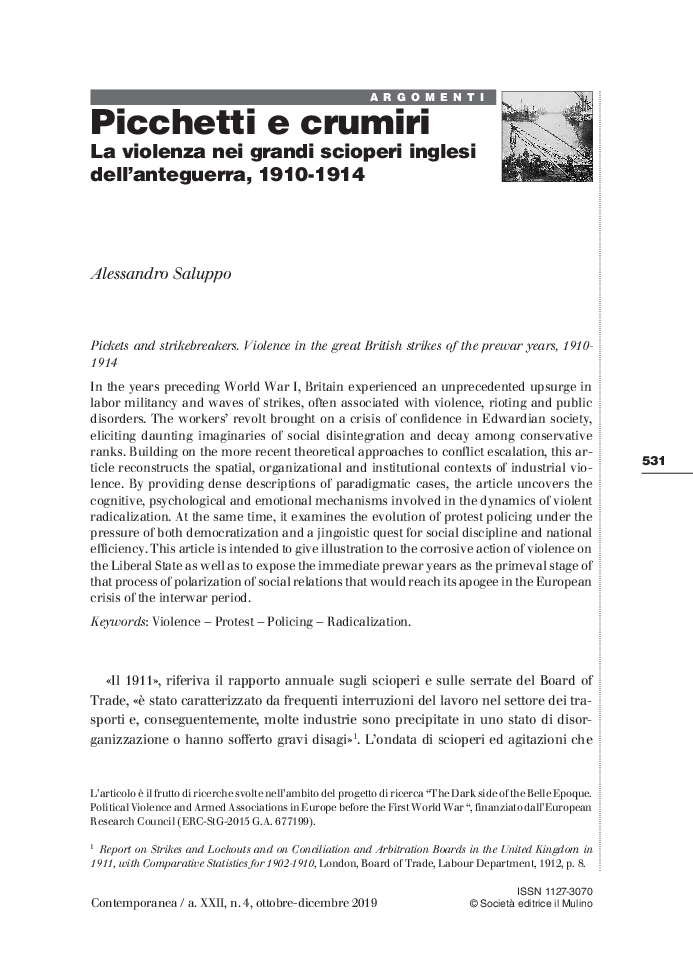