Based on original interviews and rare archival sources, the central thread of this article is the origin, rise and reassessment of the Cuban Revolution’s «guerrilla ethos» that shaped the political creed of the first revolutionary generation. During the anti-Fulgencio Batista insurrection (1952-1959), the belief that only violence could lead to the ousting of the dictator steadily gained traction among the opposition as the right path to revolution. This radical approach was already voiced by a number of movements prior to the Moncada attack (July 1953), when Fidel Castro became a public national figure, and was crowned by the advent of the revolution in 1959. The revolutionary administration established an insurrectional doctrine – sometimes known as foquismo – that stemmed from the «lessons » of the anti-Batista fight and guided the island’s external involvements throughout the sixties. However, the «guerrilla mentality» confronted major challenges in the second half of the decade (guerrilla’s defeats, Soviet pressures). This article stresses an additional and often forgotten component that, nonetheless, exerted a powerful effect on Cuba’s reconsideration of its previous revolutionary principles: the unfolding of the Juan Velasco Alvarado military government (1968-1975) in Peru, promptly labelled in Havana as a viable route to «revolution», which resulted in a partial revision of the «guerrilla ethos» that emerged in fifties. 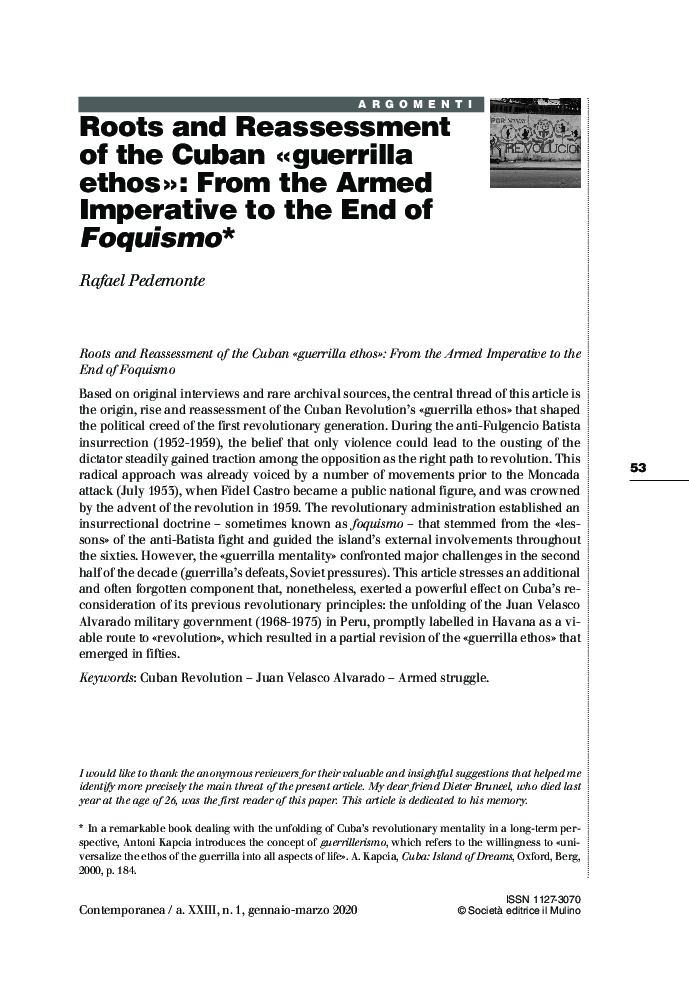