On 1st June 1919, at the Hotel Ritz in Paris, in the context of the peace conference, the president of the Italian council, Vittorio Emanuele Orlando, and the Pope’s correspondent, Msgr. Bonaventura Cerretti, met to discuss the hypothesis of an agreement between state and church that would lead to the solution of the Roman question. The story is known from historiography. Until today, however, was not known the content of the note written by the Pope’s secretary of state, Card. Pietro Gasparri, who presented the point of view of the Holy See, and which served as a trace for the meeting. Now a copy of the note was found at the Historical Diplomatic Archives of the Ministry of Foreign Affairs at Rome. This essay reconstructs its history, which opens up new research perspectives, placing the Roman question in the broader strategy of the Holy See to position itself in the international system based on nations, safeguarding its universality. 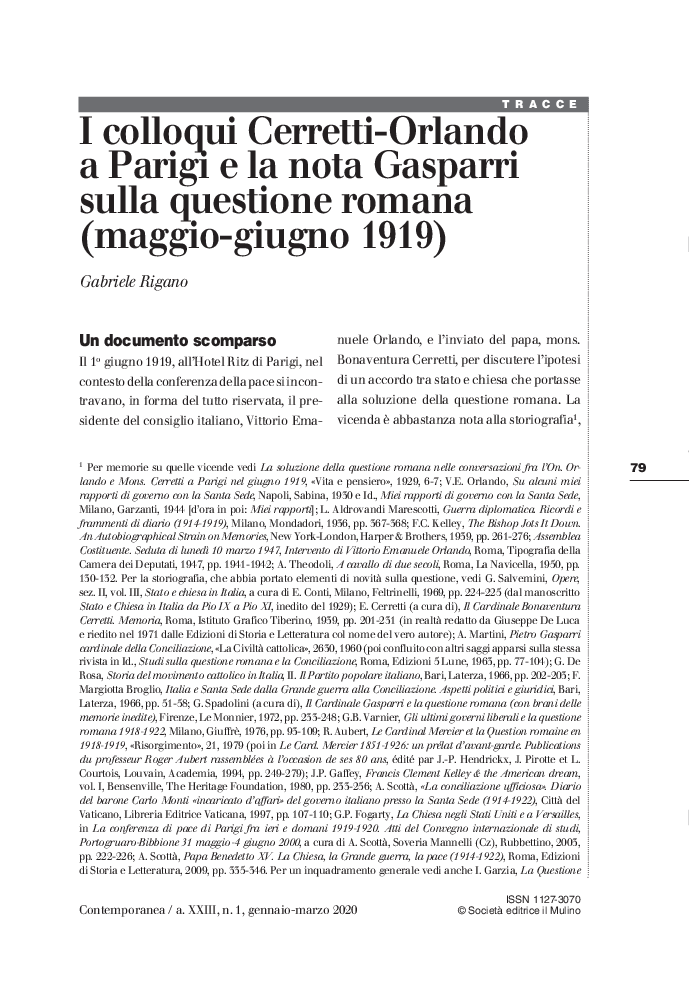