The origins of France and Italy welfare states can be studied using a comparative approach. In fact, both countries’ social systems were restructured in the wake of the Great War. Secondly, over time these two countries built two deeply similar social protection systems hinging on the «occupational» model, made up of insurance schemes for specific professions. This essay has essentially two objectives. The first is to understand whether there effectively was a concrete nexus between warfare and welfare in France and Italy and, if so, to what extent. Second, what combination of factors led to the two resulting «occupational» systems of social protection, which were extremely fragmented and divided according to occupation. 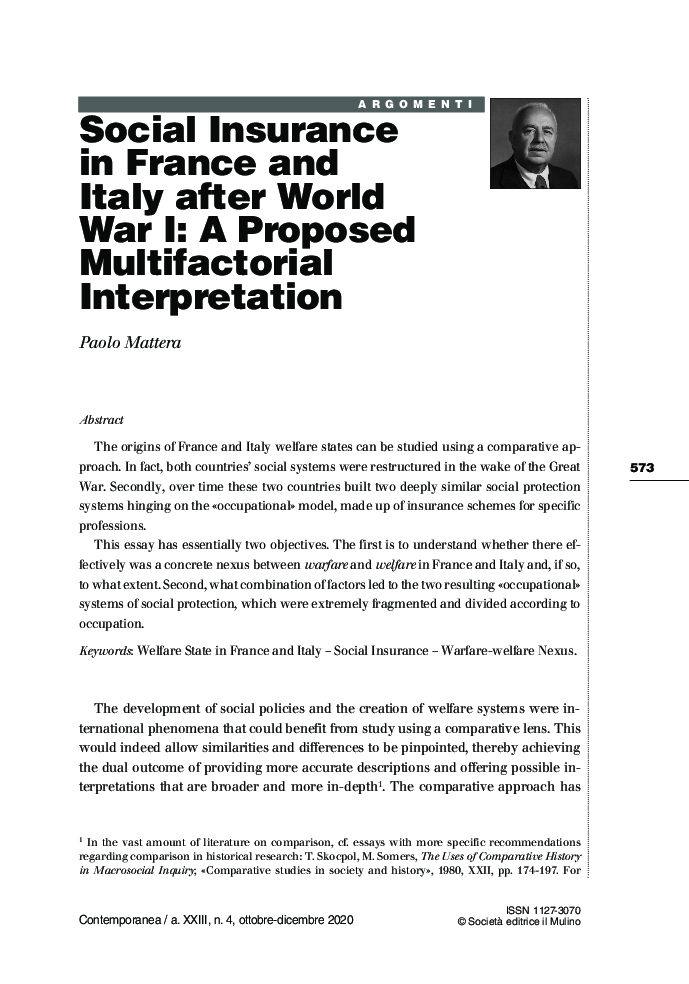