The Civil War was the central event of the 20 th Century in Spain, as it marked a turning point in its history as a nation state. Conceived by military insurgents as a crusade against liberalism, democracy and communism, it was a war of extermination of political enemies to reverse an inexorable process of degeneration, of which the falling birth rate and high infant mortality rates were symptoms. Population policy, a widespread concern after the First World War throughout the western world, thus became one of the central axes of the war effort, with the prominent involvement of the fascist party, the Falange, and medical advisors therein. After the war, the pronatalist project inspired the Francoist social security programmes as well, such as the Family Subsidy and the revised Compulsory Maternity Insurance. Social policy acquired clear eugenic overtones. The Franco dictatorship’s demographic policy, as well as the gender and family model it promoted, was a response to the anxieties inherent in the reconstruction of Spain as a nation at the end of the armed conflict. 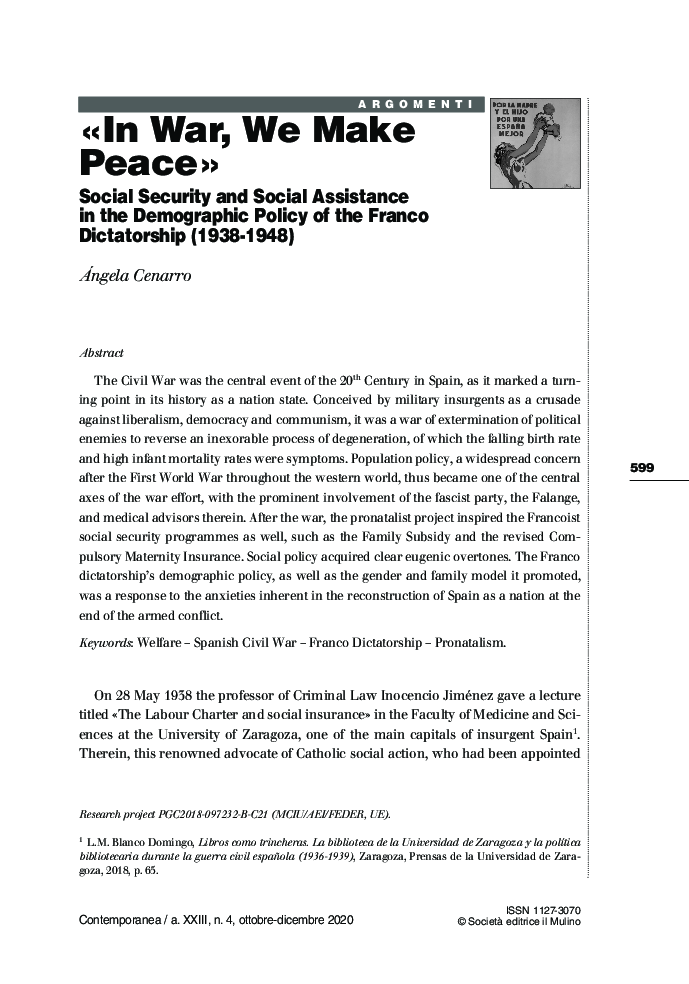