In this paper is offered, for the first time, an estimate of the value added of the Italian regions in 1938 and 1951. For the industry and the tertiary sector, the methodology consists in dividing the national figures by the regional employment and, later, in revising this first set of data in order to consider the interregional differences in income per-worker. In the case of the agriculture, regional figures have been obtained from the Federico's estimates of the regional marketable gross production, using the national value added figures by Federico itself and three different quotas of costs as a result of the different Italian rural areas. The new estimates support the thesis that fascist autarchy, then world war II and the Reconstruction affected both the differences "between" macro-areas - widening the gap between the Centre-north (except Latium) and the South of Italy - and those "inside" of them - levelling the incomes between the southern regions (mostly to the detriment of Campania) as, to a minor extent, between the north-western ones. Until now, none of these views was backed by income data. A new outcome is also the improvement, wihin the so-called NEC, not only of Veneto and of the Marches, but also of Emilia-Romagna, while, due to the estimates on the tertiary sector, Liguria turns out to be the first Italian region both in 1938 and in 1951. 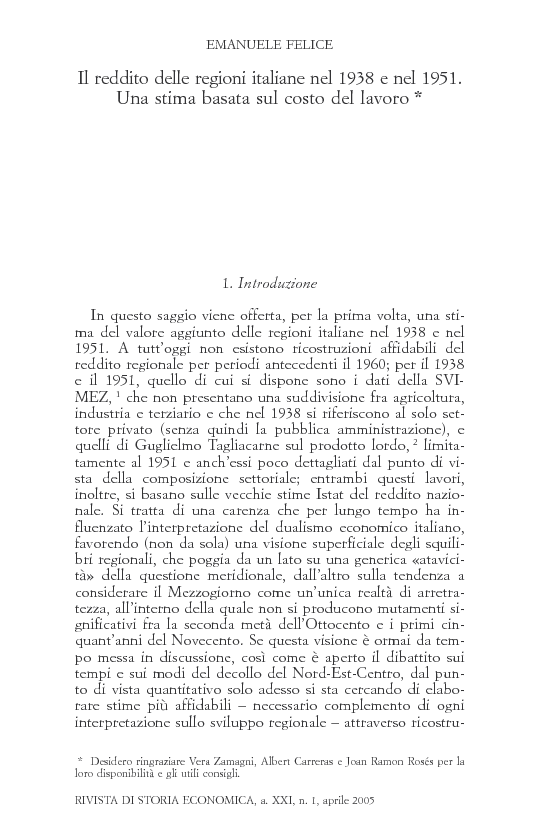