In the aftermath of World War II Abruzzo was one of the poorest regions in Italy, characterised by large migration outflows and a high share of workers in agriculture. Thereafter, the region experienced a considerable catching-up process, while other southern Italian regions lagged behind. Having first reviewed the chronology of the "Abruzzo miracle", that shows some peculiarities with respect to the one observed for the country as a whole, the paper relates regional economic performance to factor endowments, along the lines of the growth accounting literature, and to structural variables. Public intervention is generally deemed to have played a crucial role by both fostering the accumulation of public and private capital and promoting local access to higher level education. Social characteristics such as the low incidence of criminality, diffuse entrepreneurship and high participation in labour market are also considered as important determinants of regional economic growth. At the same time Abruzzo appears to have benefited, both in terms of better market access and positive spillover effects from contiguous more developed areas, from being the northernmost region in the Italian Mezzogiorno. In recent years the ageing population, the lag in the development of the service sector and a remaining gap in labour productivity have slowed down regional growth, causing an arrest in the converge process. 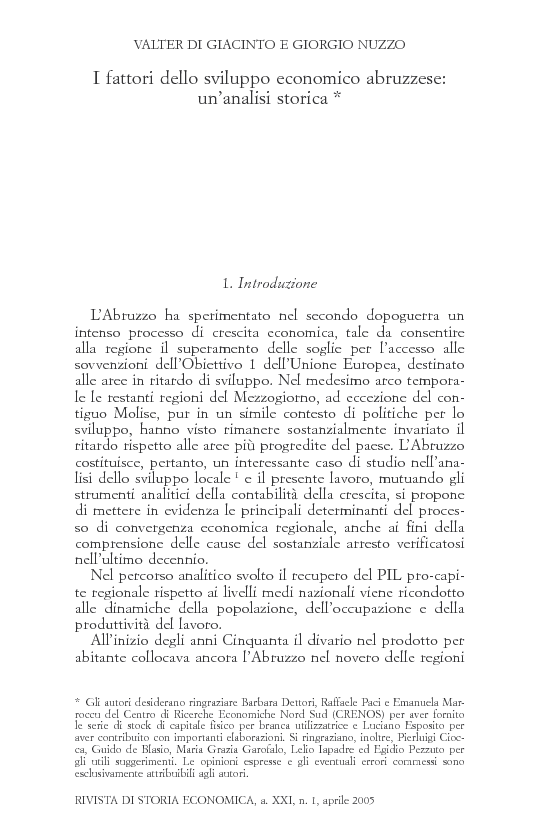