The recent work by E. Felice, "Perché il Sud è rimasto indietro", Bologna, Il Mulino, 2013, is rather a pamphlet than a book of economic history. In the present article, we discuss both the statistical series of regional GDP from 1871 until 2001 worked out by Felice (section 1), and the interpretation of the North-South disparity in the long term (section 2). In section 3 we contrast our approach to the Italian regional disparities with that by Felice. While, according to Felice, the Italian North-South divide depends on social and institutional factors, and, in particular, on the mistakes of the Southern ruling class in the past, in our view it is the consequence of the interplay of economic factors during the Italian industrialisation starting at the end of the Nineteenth century. 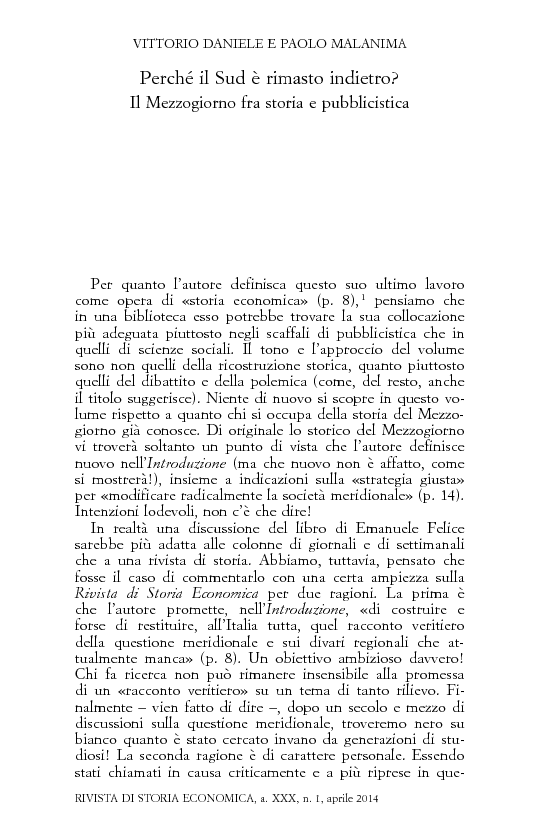