Public debt is a topic that has commanded recently in Italy great attention by economists, who have used also long term analysis. But the existing historical series were under many accounts inaccurate and incoherent so that efforts were made to build up a consistent long run series, without, however, reaching entirely satisfactory results. The present article is the final result of a long term research that has started some years ago with the reconstruction of a comprehensive series for the years 1919-1939 based on the present definition of public debt. The same approach has been applied here for the entire period 1861-1946 and all the detailed components of the overall series and the methods of construction are reported and commented. The article also proposes some short comments of the results in terms of the ratio public debt/GNP, composition of public debt and share of foreign ownership. Concerning the ratio public debt/GNP, the three episodes of climbing ratio were all put under control, in ways that differed markedly. As for the composition, the strategic importance of the Cassa Depositi e Prestiti in certain years is underlined, as well as the monetization of debt in other years. As for the share of foreign ownership, it can be seen that it was important in liberal Italy and played a unique role during the First World War. 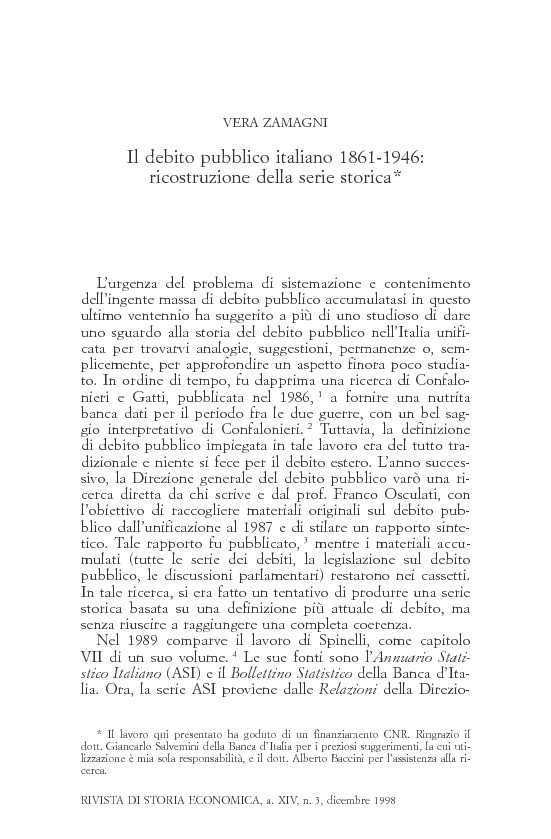