In Romania, beginning with the second half of the 7th decade of the XX century, parts of Gramsci's work were translated. This process developed simultaneously with the destalinization in the USSR and Eastern Europe. During those times Gramsci offered a genuine and extremely favorable framework for the creative development of Romanian culture and politics. Numerous cultural and philosophical journals were inspired by Gramscian ideas and at the same time interesting studies and articles about Gramsci himself were published in Romania. In the 1980s monographic books were also written, although in that period it was starting to become extremely difficult to become involved in such an activity. After 1989, even though Ceauşescu's censorship ceased to exist, translations and research or writings on Gramsci were not encouraged or well received. However, in the last decade, the interest for Gramsci's works has increased, especially among students and researchers and currently in Romania it is intended to translate the entire work of Gramsci. 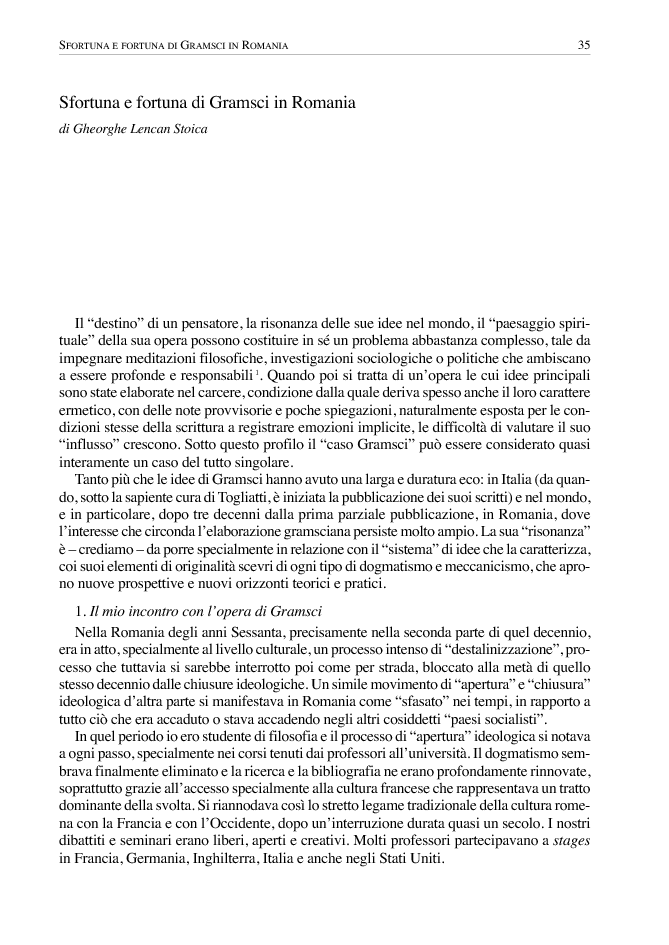