Alexis de Tocqueville in the 1846 defined administrative law, just newly born, "one of the forms of a new state of the world "to mean that the State used that new branch of law to extend its intervention in society and economy incessantly. In addition to the studies on administrative law, in that period in France a considerable literature was born on the extra juridical aspects of public administration. In chronological order, the first book concerning the sociology of administration was written by Jacques-Gilbert Ymbert, Moeurs administratives, published in Paris in 1825. It had a high circulation and was the model for Balzac's works concerning public employees, and is an important source of knowledge concerning the administration in the XIX century. the book was written with a lively and ironic style and the author describes in great detail the life of a French Ministry in the second half of the XIX century, and points out the serious lacks in the administration's running, at the same time identifying the reasons for these. Nevertheless, Ymbert, in spite of the merciless criticism directed at the administration, underlines that it was the solid foundation of the State and it provided citizens with useful services. Jacques-Gilbert Ymbert (Paris, 1786- 1846) was a public officer and for a long time had been employed at the French Ministries of Defence and Interior, and at the "Consiglio di Stato" (the State Council). It is therefore considered he had both a considerable and in-depth knowledge of administration. 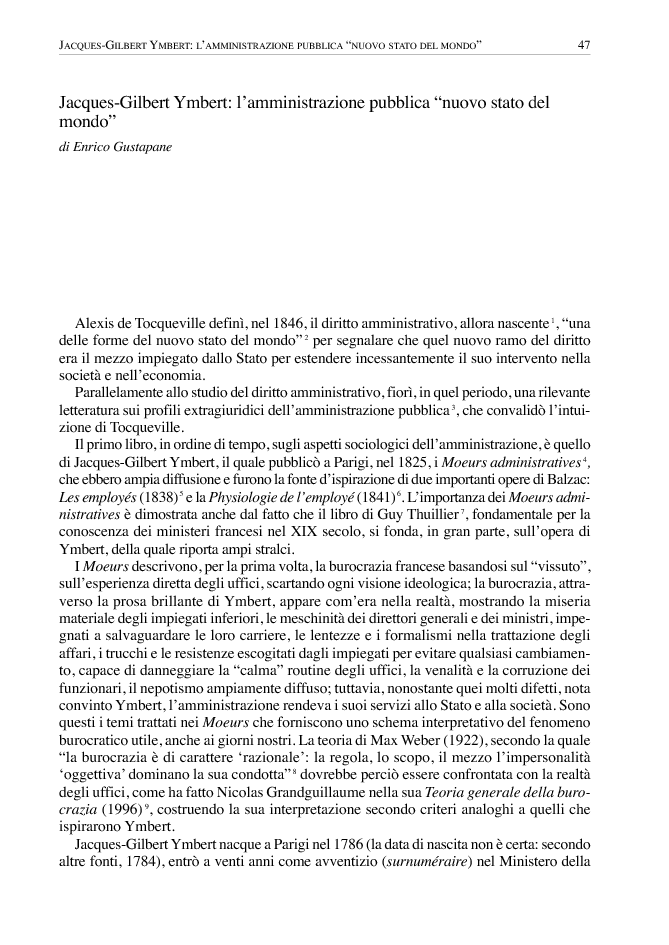