Starting from a writing by Vittorio Emanuele Orlando published in the "Rivista di diritto pubblico e della pubblica amministrazione" in 1933, the legal debate on parliamentary inviolability in the liberal period is reconstructed with particular reference to the conflict between Chamber of deputies and judiciary about the authority to interpret the article 45 of the Albertine Statute. Reasons and motivations to defend this immunity have changed during the parliamentary history according to the position of the Chamber of deputies in the political system while, until the First World War, the judiciary tried to claim strongly its power of interpretation. Special attention is devoted to the opinions of jurists like Pasquale Stanislao Mancini, Domenico Zanichelli, Luigi Palma, Attilio Brunialti, Vincenzo Miceli, Luigi Rossi, Gaetano Arangio Ruiz, Manfredi Siotto Pintor. 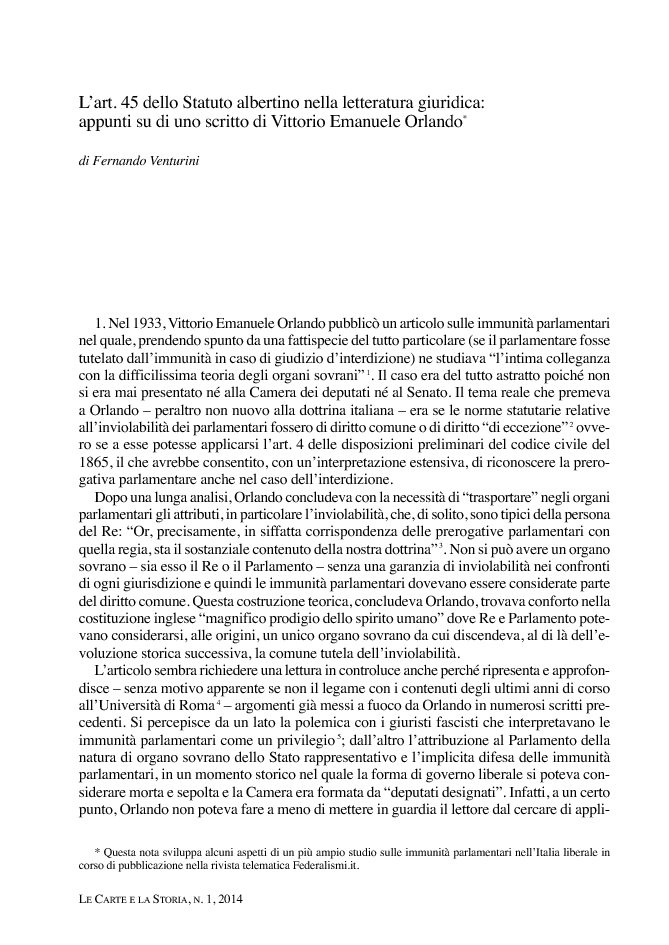