In the aftermath of 1848 the strong politicization of the police function, combined with its evolution during the nineteenth century, led to the development of a "modern" political police in the Kingdom of the two Sicilies. The essay focuses on the re-organization of this political police in a transnational dimension, able to respond to the liberal and democratic threat structured, much more sharply than in the past, in global terms. The article reconstructs the police transnational network, that turned out to be necessary to defend the national territory, in a continuous intertwining between "national" and "transnational" dimensions. Protagonists of the new surveillance were the consuls, invested with a significant function of political control. a central role was also played by the secret agents, sent both in Italian and in foreign states for under cover operations. The forms in which the Bourbon police reshaped the spaces of its control are analysed through a specific object surveillance: political emigrants. 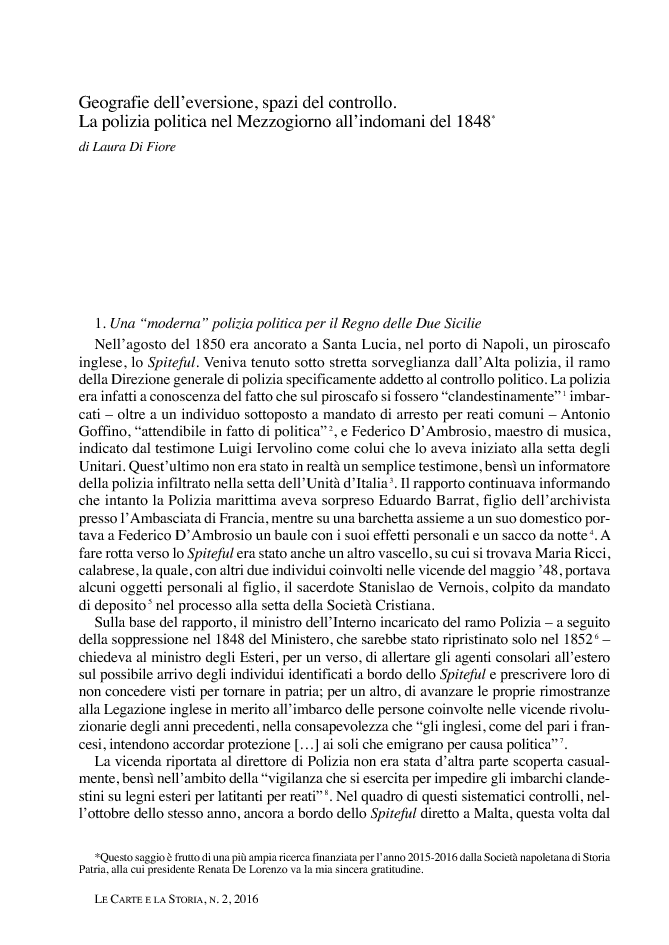