In 1946 Italian women exercised the suffrage for the first time. On June 2nd, Italians voted to elect the deputies to the assembly that would have written the Italian Constitution. Before that year, in March and april, there had been the first free and democratic elections in postwar Italy, in order to elect local representative councils. Studies on the topic have focused mainly on the political behaviour of women as voters. However, it remains largely unexplored how many women were candidates to the city councils, not only in 1946, but throughout the first republican decade. This paper aims to help fill this gap with the analysis of female candidates and their outcome in the first three rounds of local postwar elections (1946-1956) in Sardinia. The island was constituted, at that time, as a new autonomous regional reality: in that historical context, the female space in local representative institutions acquired a new meaning. 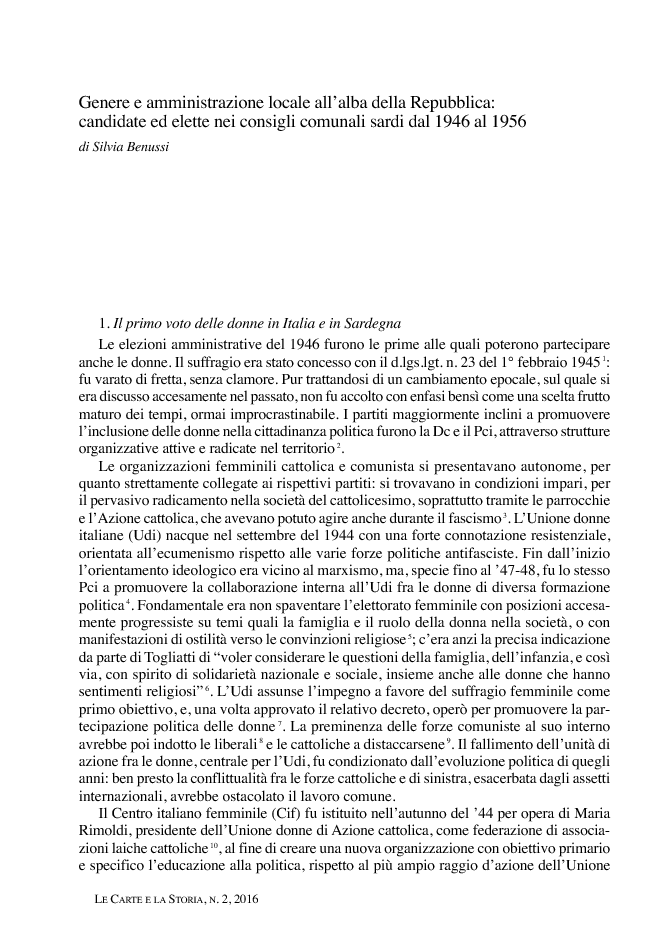