The essay reconstructs the long administrative career of Augusto Ciuffelli, a figure of Italian institutional history as important as little known. The article examines his training and fieldwork as regards the various tasks he was in charge of and which led him to embody the "model officer" of his time. Volunteer of Genio Civile at age of fifteen, after few months in Potenza he moved to Brescia, where he caught the attention of Zanardelli. He soon became his personal secretary in the Roman appointments, being destined to always remain attached to him. He held various ranks of the administration and became prefect in several provinces. In 1901, with Zanardelli as head of government, he was general secretary of the Presidenza del Consiglio and, shortly after, Consigliere di Stato. Member of Parliament since 1904, he crowned his career of Government officer as Minister of Post and Telegraph, of Public Works, and of Industry, Commerce and Labor, always treasuring the competences acquired in his long administrative career. 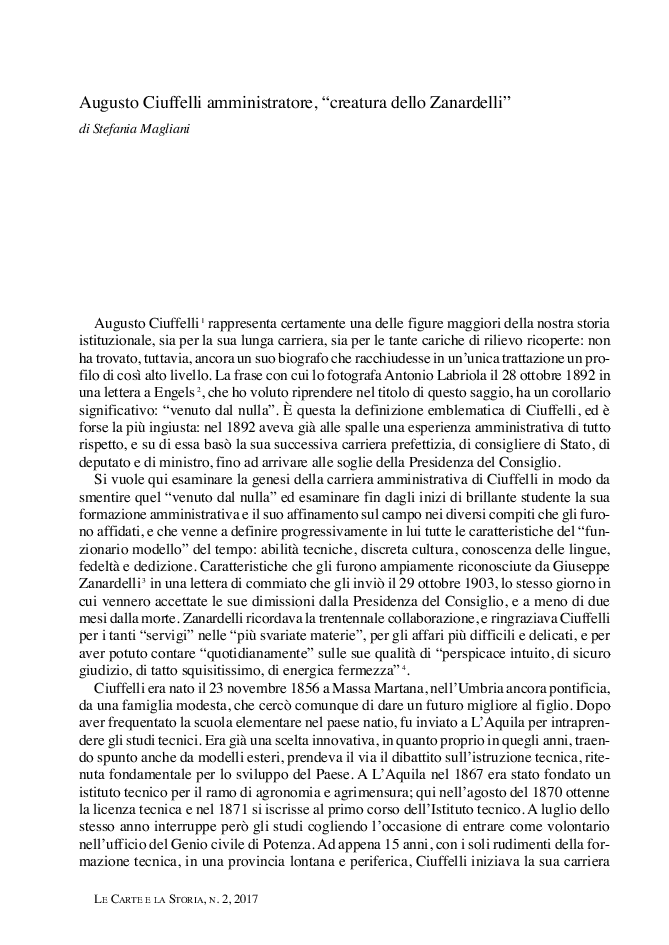