the essay highlights the difficult relationship between Giolitti and the Senate starting from the first experience (1892-1893) of Giolitti as Prime Minister to the last one (1920- 1921), through the three ministries of the "Giolitti era". the Senate, as it is known, was royally appointed and represented a guarantee organ, more technical than political. in order to extend the base of his so-called "majority party", and thus to strengthen governability, Giolitti tried, during his ministerial experiences, to politicize the Senate by aligning him on the positions of the Chamber of Deputies. 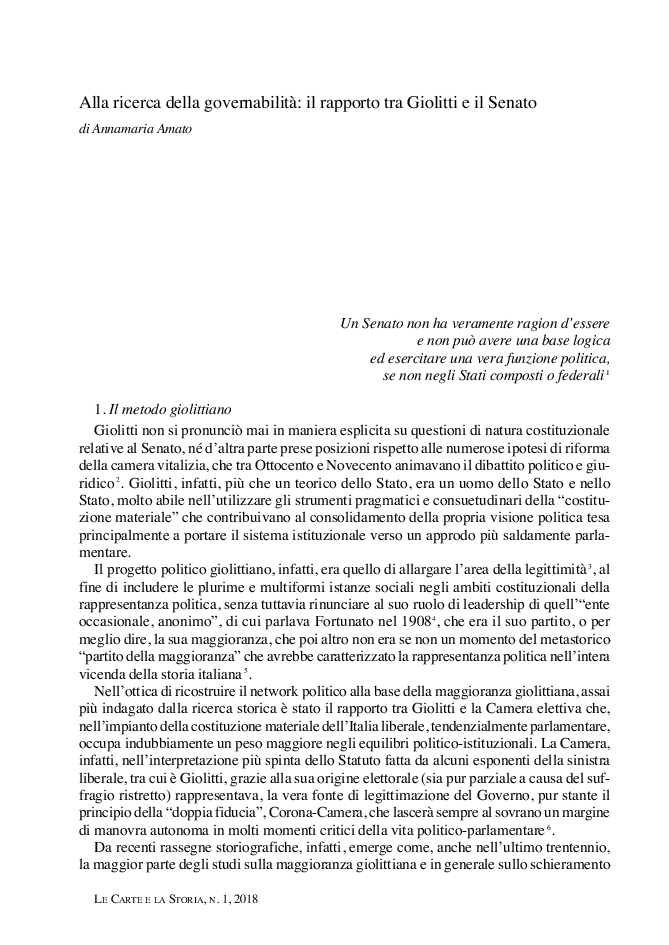