This essay focuses on a few significant public experiences in Spanish women's participation in the neutral Spain during the First World War. In particular, the women not only resented and deplored the war, but also adopted about the conflict a specific activism with political value. Mostly, as it happened in all the belligerent countries, their responsibility as mothers was central and emphasised. But, beside this, they participated to shape the meaning of the neutrality of Spain, and their commitment to preserve it assumed a suggestive role according to a specific national identity, also involving women from different social status. 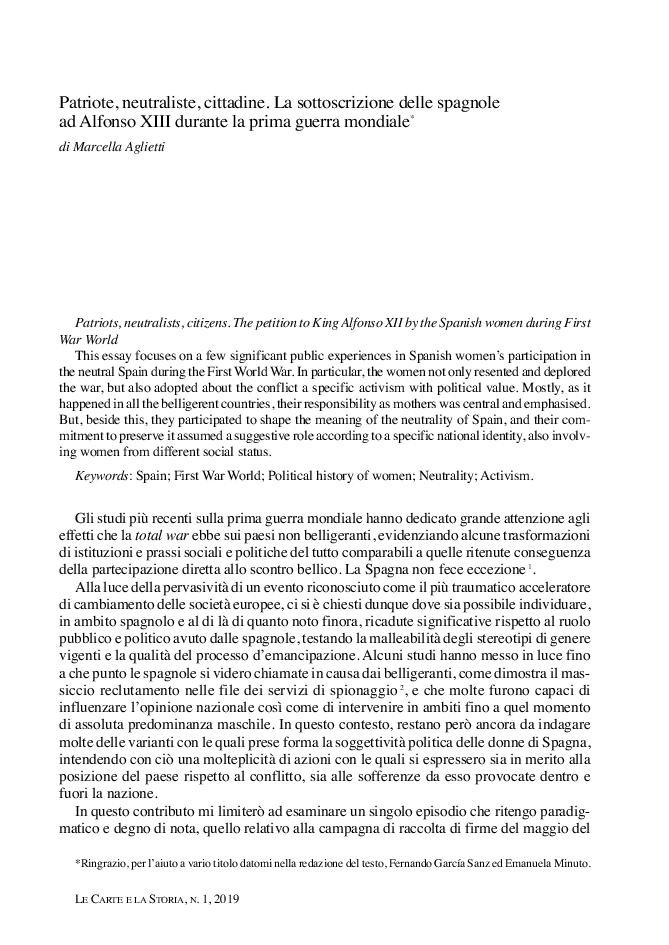