The 1947 Italian political crisis splitted the antifascist coalition that had been the basis for government in the post-war transitional period, since 1944. Building on new documents from the archives of the Dc, this essay examines the troubled path which led the Christian Democrats and their leader De Gasperi to excluding the socialists and communists from government. The 1947 crisis was deeply rooted in the economic, social and cultural structures of Italy. The action of international powers, however, created new conditions for the domestic i deological and political struggle: the governmental crisis developed in the shadow of the Cold War. This essay tries to explain the national-international nexus in the initiatives of the main political actors, Dc and Pci. The 1947 crisis was the starting point for a new political system, where the Christian Democrats were permanently placed into power, while the Communists played the role of permanent opposition. This system was based on the Cold War cleavage, but was also conditioned by the antifascist foundations of the Italian Republic, which found in the Constitution their legal expression. 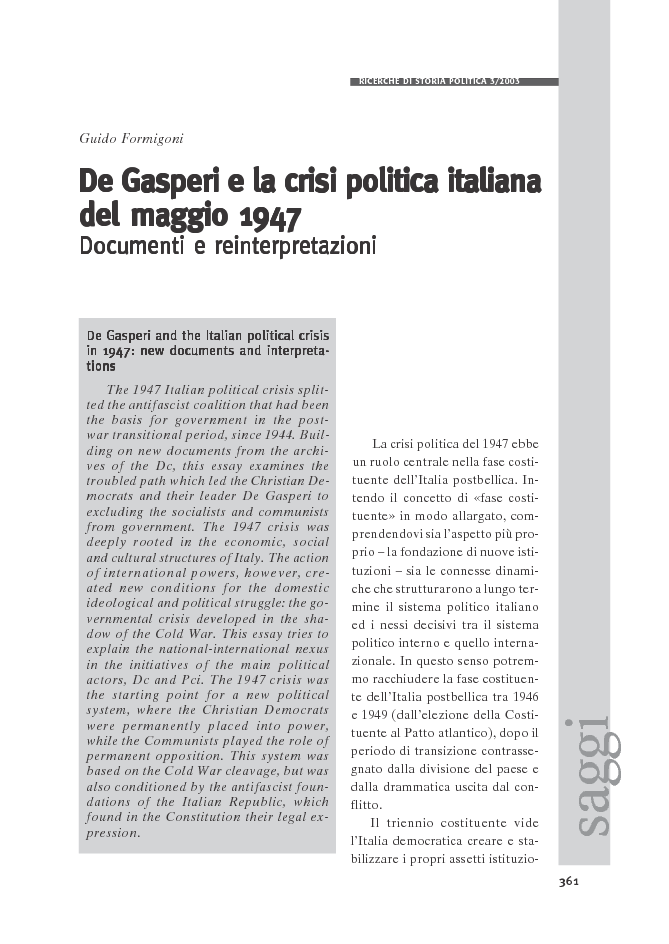