The scientific literature has often focused on the subject of imperialism, but the resulting studies and reflections have rarely defined or analysed in depth the concept of empire itself. After a brief overview on the main twentieth-century "theories of imperialism" (from Hobson's one, which constituted the foundations of Marxist interpretations, to the more recent ones proposed by the so-called Nouvelle Droite), Gallo attempts a scientific definition of imperialism that is essentially based on the logic of the power underpinning it. An empire is distinguished, first of all, by its clearly expansionist dimension, rather than by particular institutional forms. Gallo identifies a number traits that characterise the concept of empire, proposing them as a departure point for further theoretical consideration and empirical verification. They are: an expansionary, tendentially universal ideology, aimed at legitimising the domestic and international power of a dominant group; large extension and dominion over different peoples, brought together within a single political project; the presence of a centralized power (which in modern times has assumed the character of a state) and of a more or less dependent or integrated "periphery". 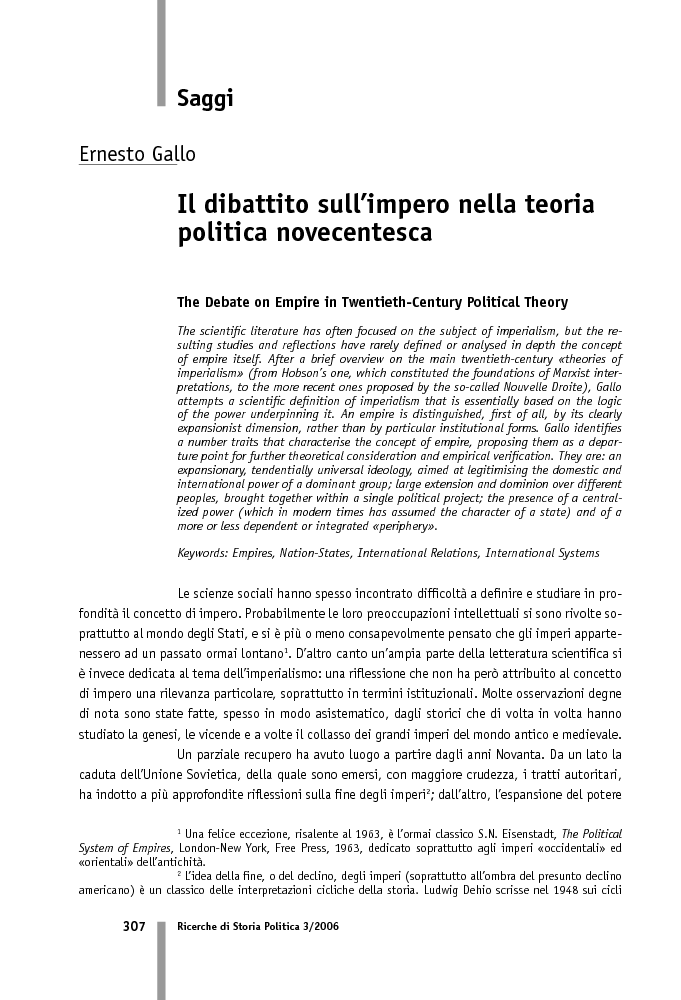