The genesis of the imperial Soviet structure was an integral part of the history of the Bolshevik revolution and the Russian civil war. But the notion of empire assumed its full meaning only during the Stalinist epoch. If Stalin's political actions were clearly conditioned by a corpus of axiomatic principles, today, in the light of archival sources, it is possible to better understand the nexus between internal and external contexts in the sedimentation of the "Socialist empire". Starting from this historiographic node, the essay offers a reflection on the diverse components of Stalinist politics: from the "revolutionary-imperial paradigm" of the Twenties, to the proclamation of "realized socialism" of the Thirties, up to the military-political influence and actual imperial dominion achieved by the USSR thanks to the Second World War, when the original revolutionary utopia definitively assumed the guise of an epochal mission of state, fuelled by faith in the "superiority" of the Soviet system over the capitalist one, and by the marshal ethos that believed in the inevitable shift of the international "power balance" toward the socialist camp and the USSR. 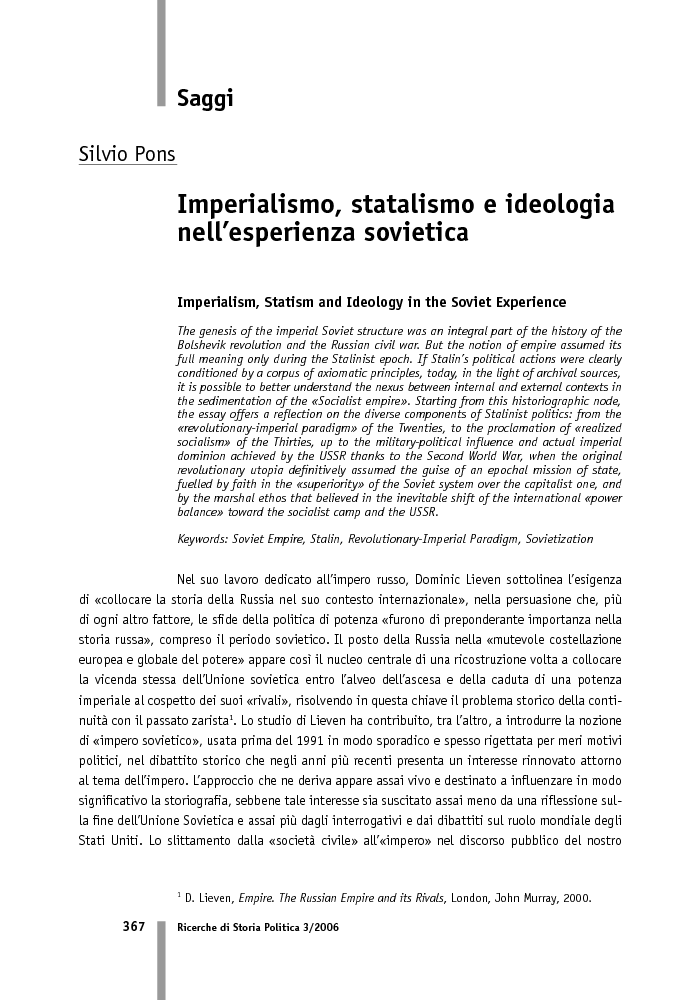