The essay is an attempt to provide scientifically grounded answers to questions constantly posed by historiography concerning the imperial nature of the US model. In particular, the author ponders the reasons why it is so difficult to speak of the American empire, the focus of so much ambivalence and contradiction. The answers all stem from the evolution of the American democratic system and in the interactions through which it has from time to time engaged with the other models present on the global scenario. From the outset, it was conceived of as an "empire of freedom" and as a model in opposition to the "perverse" European one. From the viewpoint of international relations, at the beginning of the twentieth century, Wilsonianism heralded an apparent dissociation of the United States from the imperial model, viewed as a premodern, "anti"-model from which the entire world, but especially Europe, should be liberated. In reality, Wilsonianism left unscathed the system of colonial-style imperial dominion so dear to the Old Continent, and was surpassed by the events of the Second World War and subsequent Cold War. Starting from a discussion of Roosevelt's concept of "arsenal of democracy" and arriving as far as the precarious balance of post-1989 years, the American model is configured simultaneously as the modern universal empire as well as the constant source of challenges to this utopia. 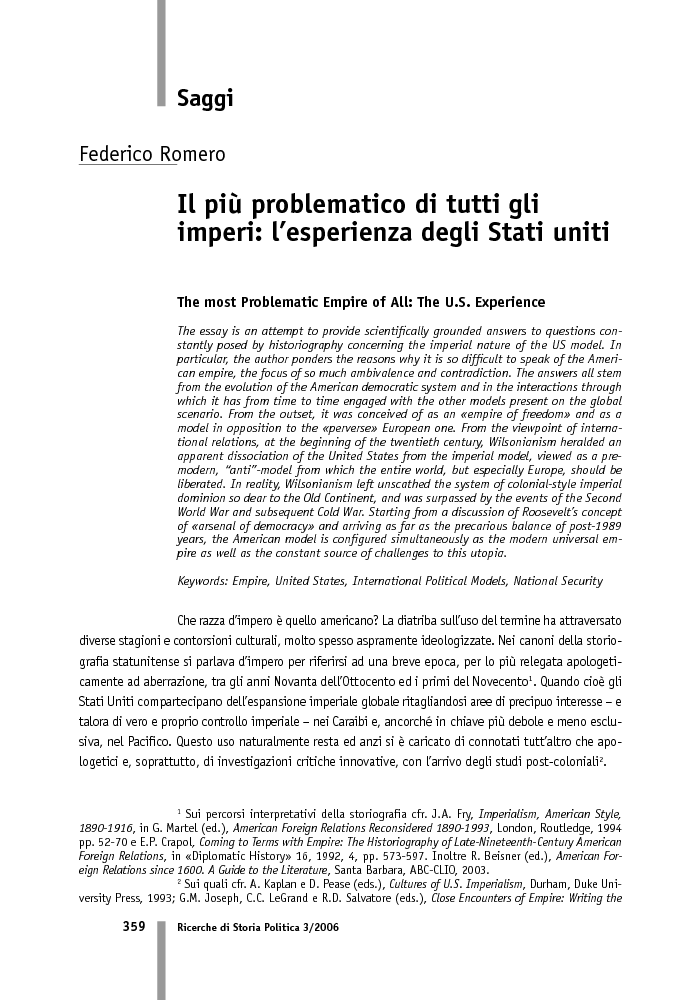