The imperial aspirations of German National Socialism and, to a lesser extent of Italian Fascism, first brought into question and then destroyed the geopolitical equilibrium that emerged from the Paris Peace Conference, leading the world to a new global war. The anxiety and constant search for a vital space is a recurrent preoccupation of all movements usually seen as falling within the category of "fascism". The essay sets out to analyse the crucial aspects of the imperial conceptions underpinning Fascism and Nazism. The analogies between the two "imperial ideas" are numerous, spanning from the iron totalitarian will to a vision of history as a struggle among peoples. The racial principle, however, while common to both visions, is the one that reveals the most significant difference. Fascist racism was in fact inclusive, as it believed in the possible integration of inferior subjugated peoples; conversely in the Nazi "vital space" there was no room for peoples that might corrupt its racial purity. 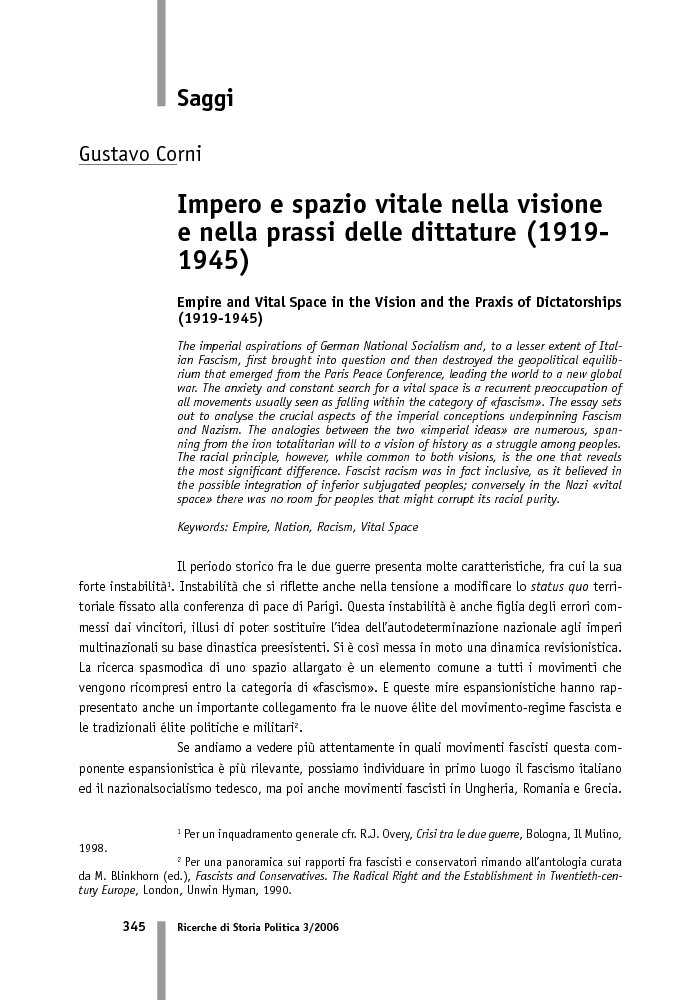