Between the end of the 19th and beginning of the 20th century, empire and imperialism probably reached the peak of their influence in the British national culture. However, the extent to which enthusiasm for the empire really permeated British society is widely debated today. This issue, with its obvious potential relevance to the contemporary situation, has attracted widespread attention. Lately it has become fashionable to attribute an enormous weight to the role played by the empire in the history of Great Britain; however, many historians are critical of this new orthodoxy, circumscribing the influence of imperialism only to some limited sectors of British society. In reality, it is important to remember that imperialism and empire could have rather different meanings in the spectrum of British political discourse. Moreover, the huge extension and extreme diversity of the empire itself must not be downplayed. The relevance of the colonies of settlement, densely inhabited by white settlers, for instance, cannot be compared with those, in Asia or Africa, not intended for immigration. 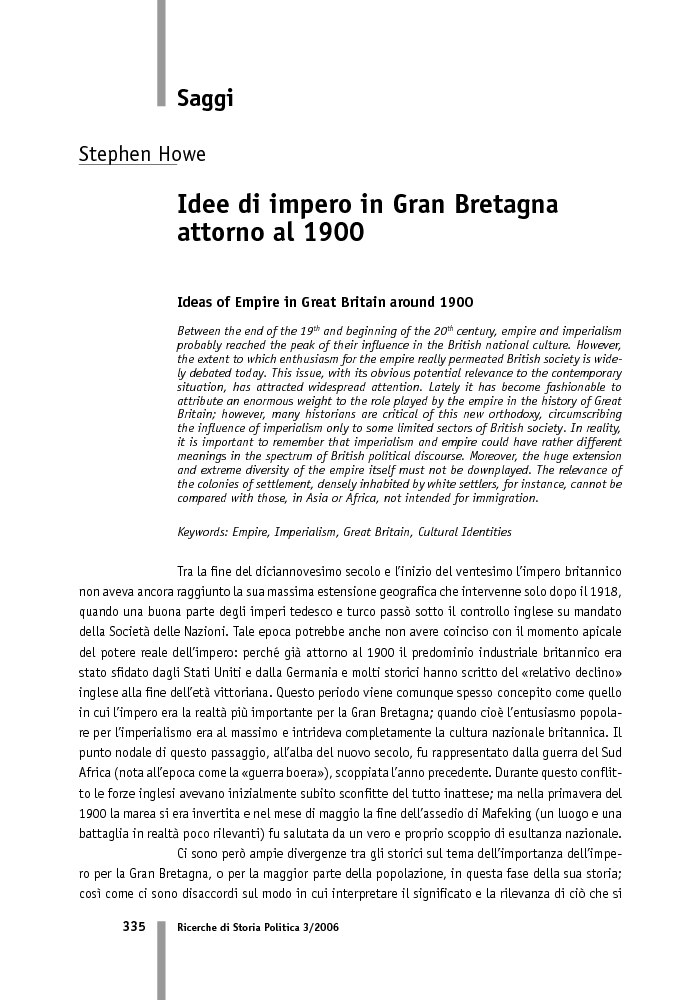