The essay falls into a historiographic framework that significantly mitigates the weight and effect of what historical research has long taken for granted, i.e. that the early twentieth-century Austro-Hungary was in some sense destined to dissolution, as an inefficient autocracy incapable of reform, and prey to uncontrollable internal feuding among the nations of which its empire was composed. In contrast, Cole underlines how the Habsburg state was a constitutional monarchy, and that the national conflicts, although violent, were part of a context characterised by a highly evolved civil society that was able in part to appease them. According to Cole, the collapse of the Habsburg empire was not the result of an irreversible, pre-destined decline; it stemmed from a series of historical events, in particular the unwisely judged war that plunged the state into a grave crisis of legitimacy. 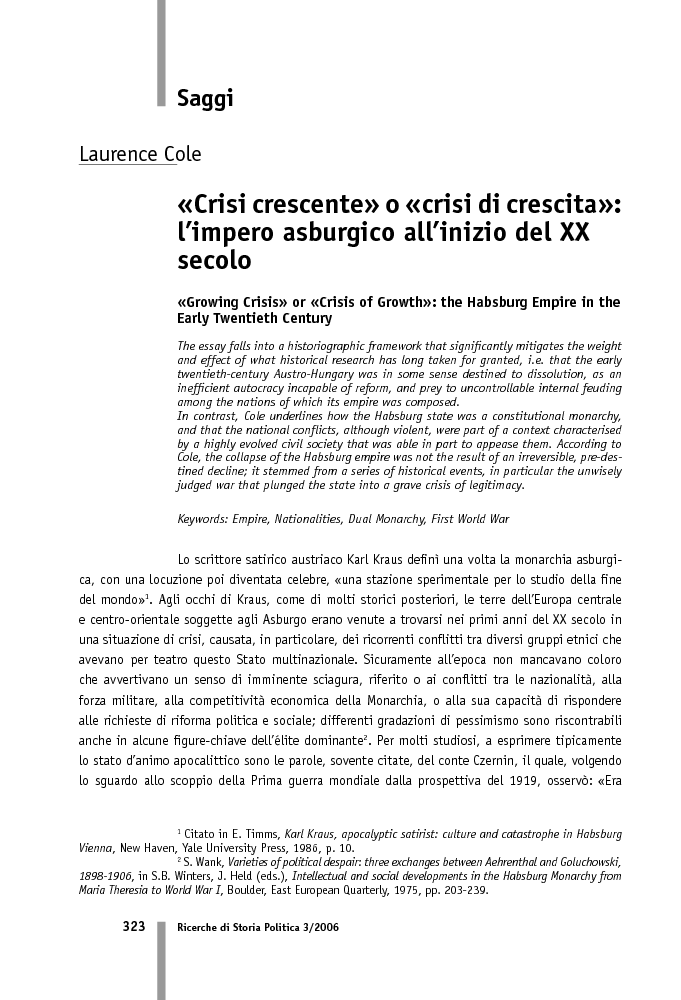