This essay re-examines postwar American politics by analyzing the role of advertis¬ing and public relations professionals. It focuses on the role and techniques from successive generations of spin doctors rather than on the content of their messages, their effect on the democratic process, or issues of race and gender. The development of an advertising business culture starting in the 1940s led in the long term to the rise of a new profession of political consultants who brought techniques form the pri¬vate sector into the political sphere. Building his essay on the rich historiography of consumption, society and citizenship, and on literature drawn from political science and communication studies, Fasce argues for a reassessment of the changing rela¬tionships between political organizations, media and the electorate. By considering these three elements in relation, the author demonstrates the crucial role of admen and political consultants in the transition from a "democracy of parties" to a "de¬mocracy of the public". 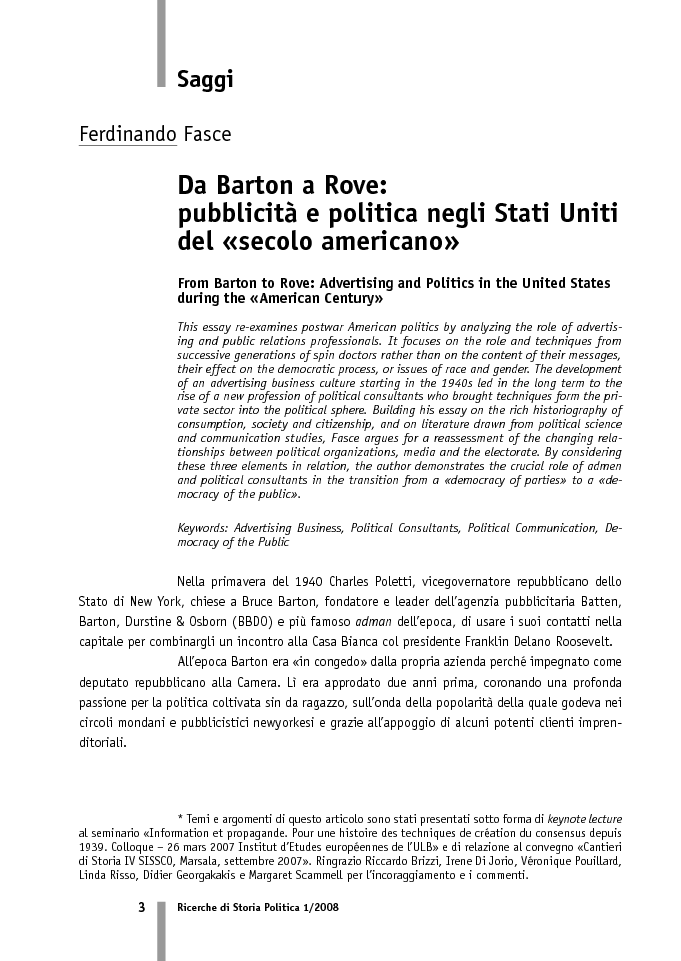