The coming to power of Mikhail Gorbachev brought about deep transformations in the relationship between the Italian communist party and the Soviet Union. The PCI had been closely linked to the USSR throughout its history; however, relations had been in decline for a long period, and reached their lowest point during the last years of Berlinguer's tenure as party secretary. Gorbachev's reformism strengthened them, becoming an obstacle more than a stimulus for the evolution of the PCI's political culture. During the first years of Gorbachev's rule, the PCI was able to exercise great influence on the evolution of the Soviet thinking, but soon roles were reversed. Gorbachev continued his elimination of marxism-leninism, while the PCI had to confront the end of the Cold War and the demise of communism completely uncertain about its identity. 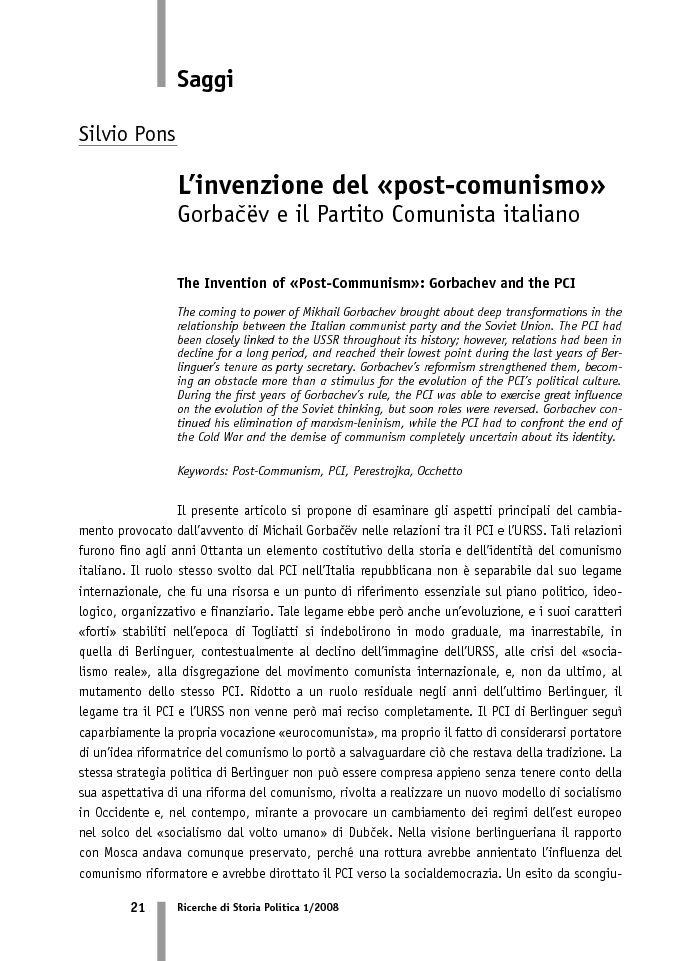