One of the most important aspects of Italian culture in the early 1900s is the way in which socialism and the Socialist party lost appeal as a political and ideological horizon. This essay shows how this crisis was followed by a redefinition of political and cultural identities: many socialists left political activity to return to cultural life, others underwent a religious conversion and became Catholic militants, others became nationalists, while other former socialists remained in a domain that could be defined as "subversive", that had little in common with official Socialism. In this multifaceted galaxy, the figure of Mazzini resurfaced to become the symbol of a truly "national" revolution, that consolidated itself during the war in Libya and, even more, in the Summer of 1914, when the different currents of democratic and revolutionary interventionism emerged. 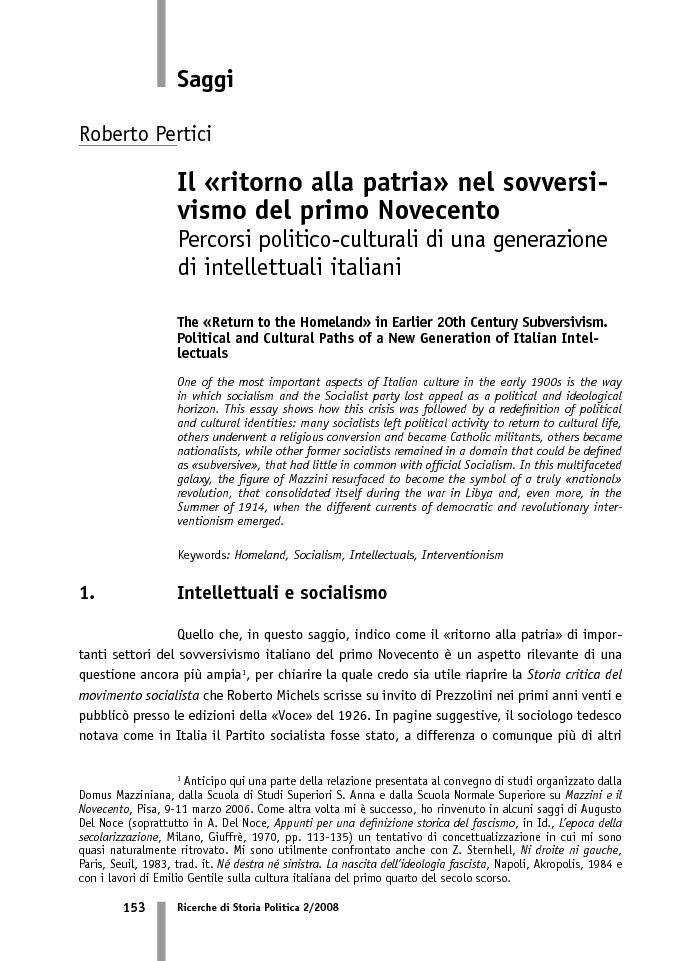