Once again capable of unleashing a lively public debate and arousing a lasting inte-rest in the media of the Western countries, "1968" has been the subject of historical research only since the 1990s. This review aims to present the developments in the most recent historiography through a comparative approach to the results of research published in the United States, Great Britain, France, Italy and Germany. In dealing with the issue, the authors have set themselves three issues for their analysis. First of all, what were the context and the triggering factors behind the movement. Secondly, a reconstruction of who the main actors and what the main sites of the protest were and whether historiography has reconfirmed the perception of the globality that this event had for its contemporaries. Lastly, what was the precipitate and the historical significance of the "1968 event" for Western democracies. 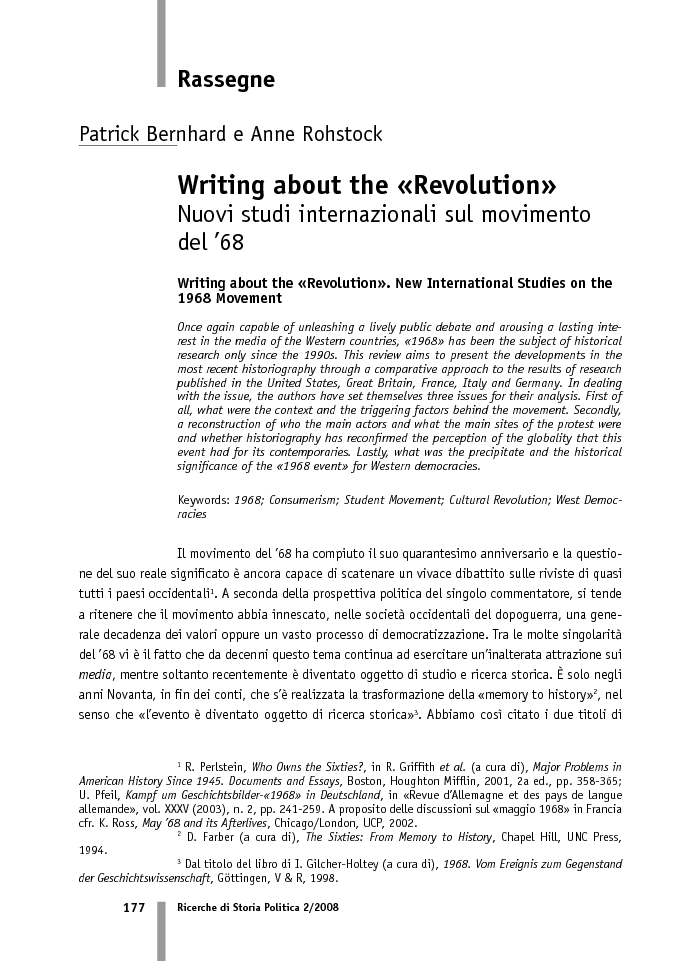