This essay is aimed at demonstrating that American conservatism has been for long divided between market-related and moral needs and that it was capable of stabilizing itself whenever conservative theorists have been able to formulate a new synthesis of political ideas or even to modify political issues. The so-called "Fusionism" during the 1960s and, to an even larger degree, the so-often discussed and seldom properly understood neo-conservatism bear witness to this. It would be a mistake to interpret these intellectual, political and, not least, passional tensions as an element of weakness of American conservatism. On the contrary, one could argue that such tensions have always provided a stimulus, on the one hand, for a creative re-definition of conservatism and, on the other, for the building of political coalitions open to widening processes. 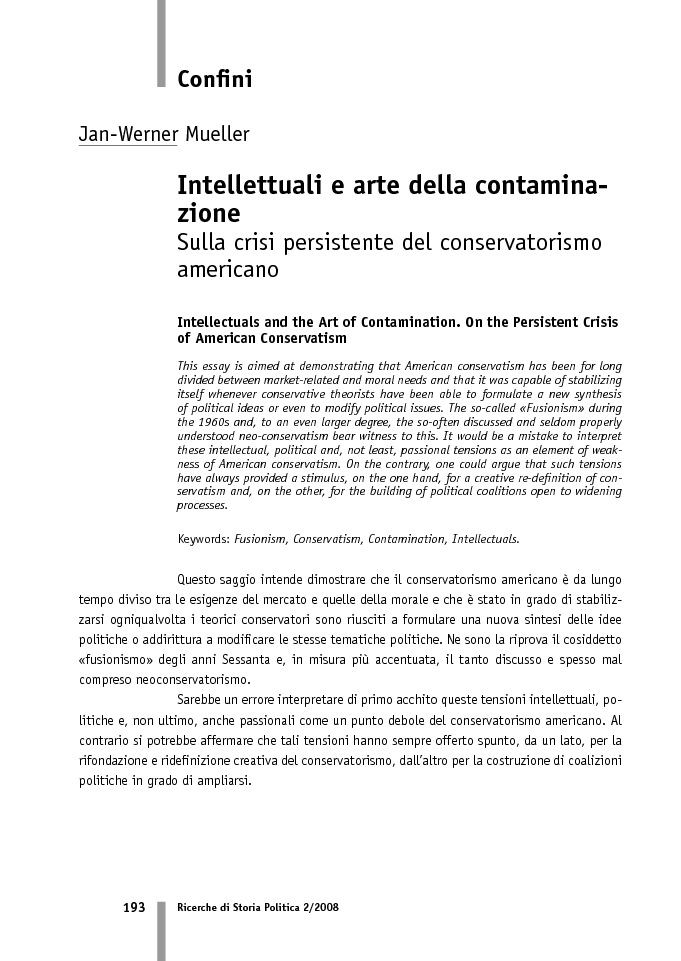