This essay analyzes the recent historiographical studies about the role of catholics in French politics during the XX century.The author underlines the peculiarity of the French context where it has always been difficult to identify a common and homogeneous catholic political culture. The first clue of this difficulty can be found in the lack of a specific confessional party, like in other European countries such as Italy or Germany. This is partly due to a mutual distrustfulness between religion and politics in France, between the primauté du spirituel and the politique d'abord, being France the country of laicism. The essay gives a historical perspective of the many attempts for the French catholics to define their role in the political arena throughout the last century, from 1905 with the law of separation between Church and State to the creation of the Fifth Republic by De Gaulle, passing through catholics contribution to french Resistance Movement during Second World War and the foundation and late breakdown of MRP, the French closest attempt to create a Christian Democracy Party.This work finally points out the need for further investigation of this complex subject, specifically for the peculiar and still not fully studied relation between Gaullism and religion. 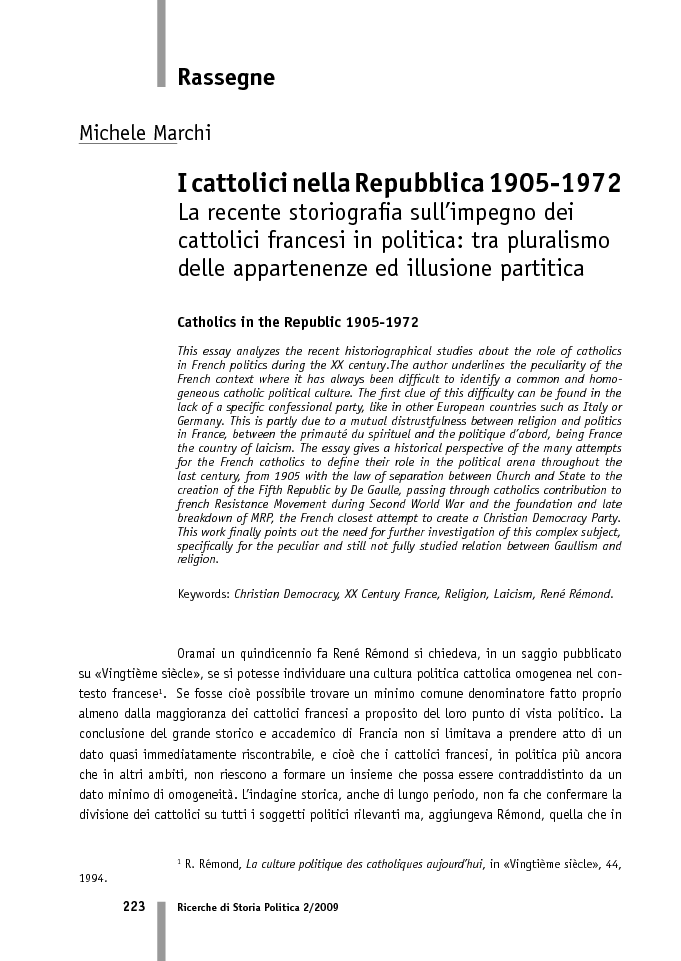