After the end of the World War II, the SPD undertook a deep transformation, evolving from a «workers party» to a «citizens party», which aimed at building a «Western» form of democratic socialism. This process culminated in the Congress of Bad Godesberg, when the SPD formally abandoned its Marxist tradition. The consequences were twofold. On the one hand, the Spd represented itself as a responsible political force that could credibly enter the government. On the other, the Spd began to pressure and encourage other European Social Democratic forces to follow the «German mod¬el», and to marginalize the Communist parties operating in their domestic political systems. This was the case of 1970s' Italy, where the Spd played a substantial role in influencing the Psi's transition, particularly after the election of Bettino Craxi as General Secretary. 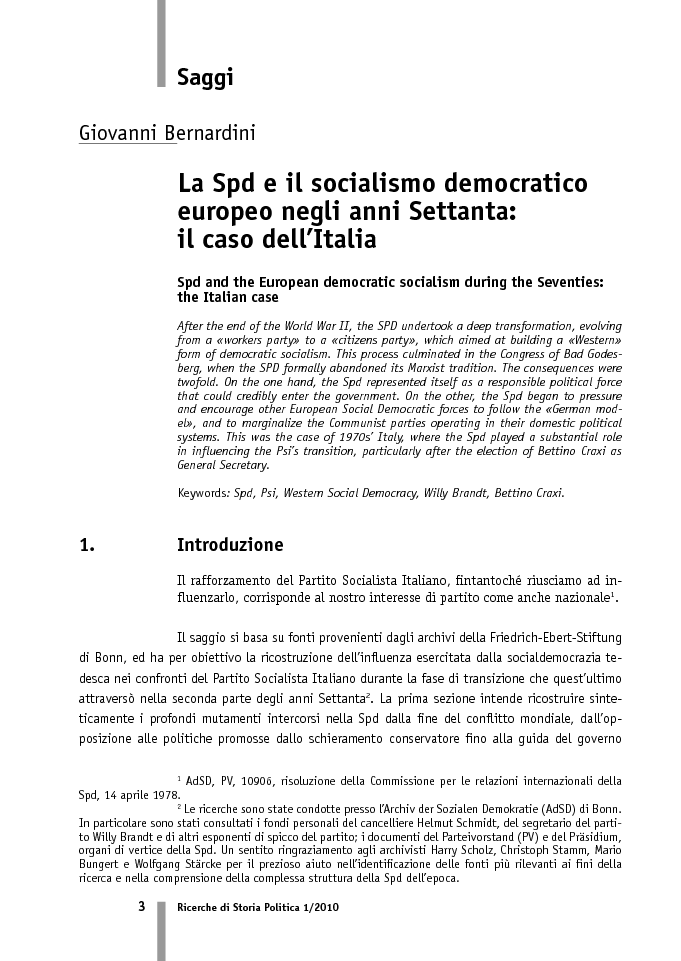