The essay discusses how Italian historian and politician, Gaetano Salvemini conceived international liberalism (i.e. wilsonian idealism) during the First World War, when Salvemini was director of the journal «Unità». From the pages of the journal Salvemini promoted the idea of a peaceful resolution of international conflicts, and supported the liberal paradigm that linked the development of national and international democratic institutions to the consolidation of world peace. The core of the essay is on Salvemini's attempt to influence the Italian public debate by comparing it to the similar efforts promoted by wilsonian liberals in Great Britain. The comparison reveals however a significant difference. While Salvemini and «L'Unità» believed that the War was indeed des¬tined «to end all wars», British counterparts were more critical of the severe civil rights restrictions implemented after the entry of the United States in the war. Salvemini and British liberals both actively promoted a propagandistic effort in support of the project to create a League of Nations, believing that a democratic international organization, led by established democracies, could prevent international crises from escalating into full-fledged conflicts. However, Salvemini found himself isolated among Italian intellectuals and politicians. His effort failed, a broad support to a liberal and democratic international postwar order never materialized in Italy, and the legacy and memory of the Great Wor became property of the Fascists and the ultra-Right. 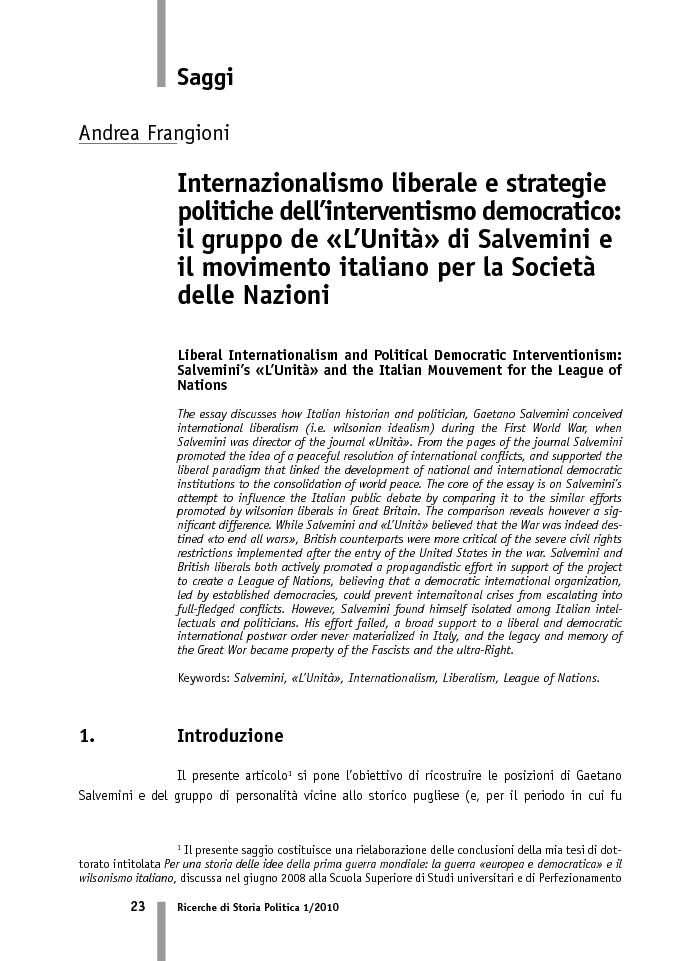