The article explores the uses and meanings of the notion of notable adopted by social history and political sociology with regard to political élites in France since the beginning of the 19th century. In contrast to a restrictive conception of the term, used to describe the social and economic elite, which monopolized political power during the first half of 19th century, it is argued that the modernisation of French politics during the Third Republic did not necessarily lead to the "end of the notables". Part of the new republican elite adopted practices of the old notables (patronage, personalized relationships with their electors, mediation between their territory and state administrators). The notables as a homogeneous social group certainly disappeared; but power was exercised in ways similar to those of the old notables, adapting it to the new political configuration and preserving it until today. 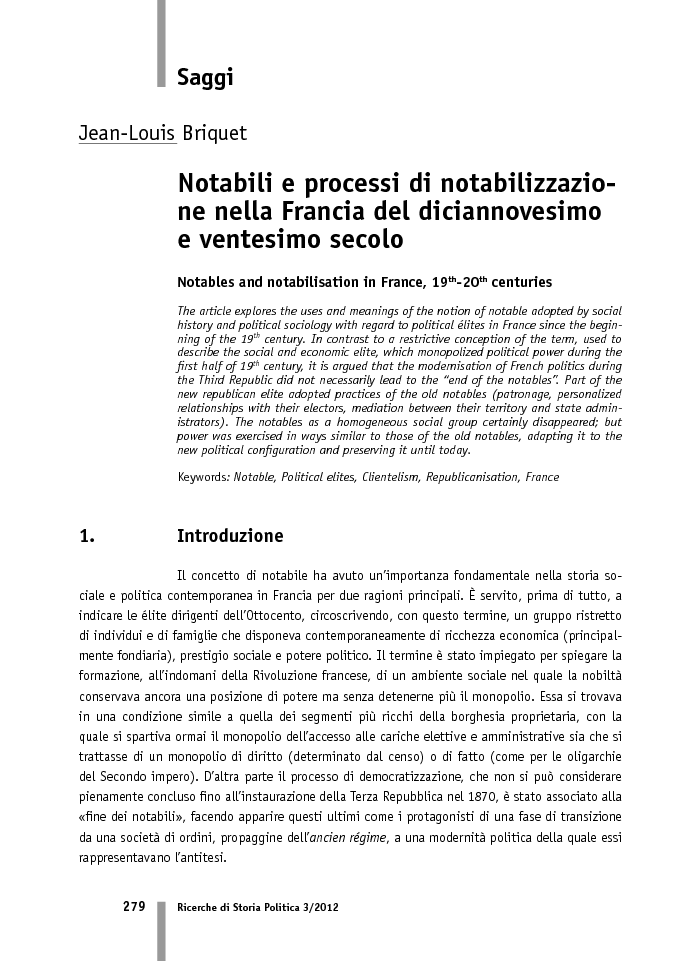