This paper considers German notabilities during the «long» nineteenth-century, which ended with the First World War. The theme is discussed conceptually through suggestions offered by the literature, lexicon and sociological studies of the time. In general, the German Notability can be defined as a volunteer actor, performing functions and exercising authority but not depending on its position as a major source of income. The reputation is the main recompense, which the notable reaches in the local context, where the Notability establishes a network of informal social relations. According to this definition, the essay engages the main literature by focusing on three dimensions: the city, the association and the party. The main thesis is that notables were able to preserve their power and influence at least until First World War. The rise of the Berufspolitiker in the transition between the Nineteenth and the Twentieth century did surely reorganize but not cancel the traditional politics based on the Ansehen, that is on prestige and personal reputation. 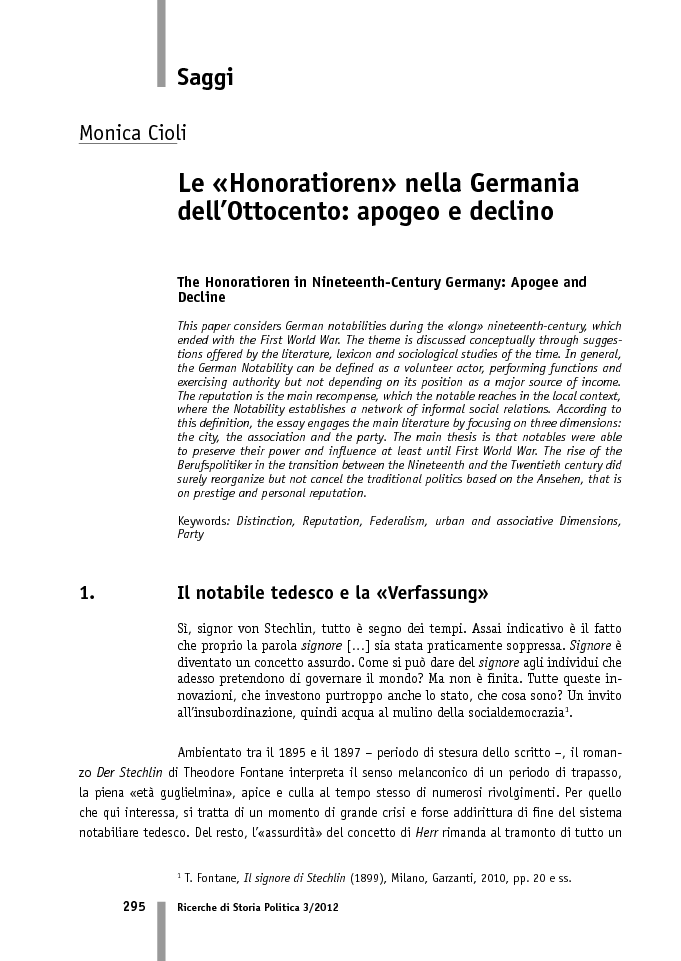