The article offers an introduction to the conceptual definition of the category of notable in Spanish historiography. The first part of the article discusses the shift from the citizen-individual, a political category first articulated at Cadiz, to the notable-dominated model of the citizen-owner, backed and controlled by the political parties and the census system. The second part of the article focuses on the role played by notables in the creation and maintenance, through elections, of the «cacique» network. Special attention is paid to highlighting the array of pressures and relations between national caciques, dominated by powerful notables in government power, and local caciques, dominated by local notables and their patronage networks. Finally, the article offers a causal explanation of the persistence over time of the influence of the notables until the crisis of the party system that took place in the 1920s. 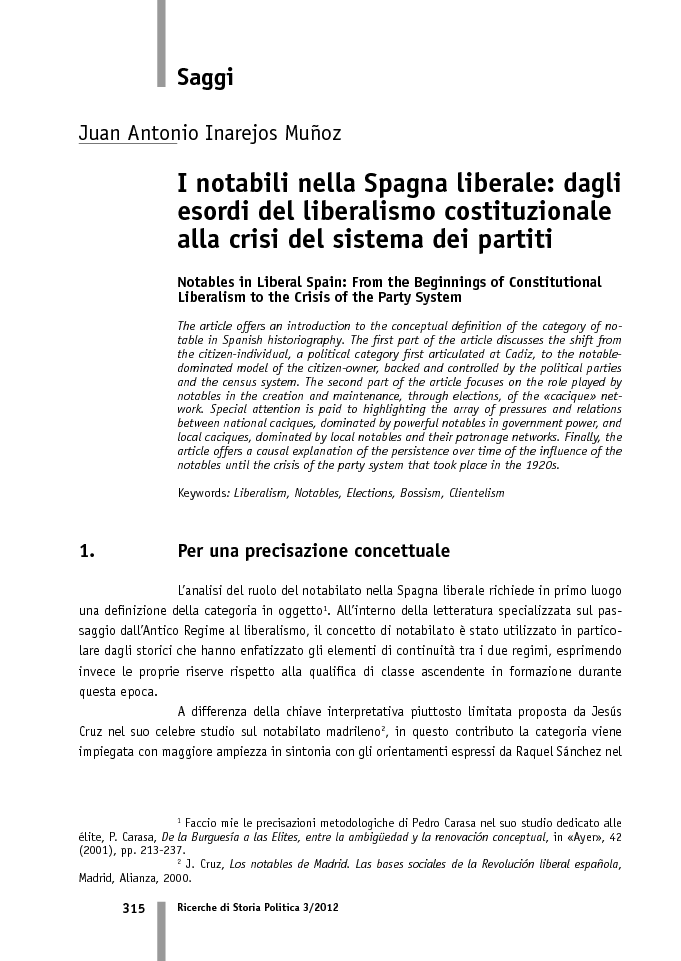