This article analyses the civil resistance supported by the French communist party (Pcf) in Paris between 1940 and 1944, during the Nazi occupation of the French capital. The Pcf's activities are divided into three main categories: the female manifestations; the cult of heroes-martyrs; the celebration of the nation and the revolution. With regard to the first aspect, women militants were increasingly involved in Pcf's activities, particularly before the Nazi invasion of the USSR. They especially sought to lead the protest of non-militant women, by politicizing their rallies against Vichy's authorities. The cult of heroes-martyrs aimed at celebrating the memory of many members of the Pcf, who had been executed after the beginning of the communist armed resistance in June 1941. The third kind of communist civil resistance reveals the double identity of the Pcf, which represented itself simultaneously as the mentor of social revolution and the main embodiment of national patriotism. 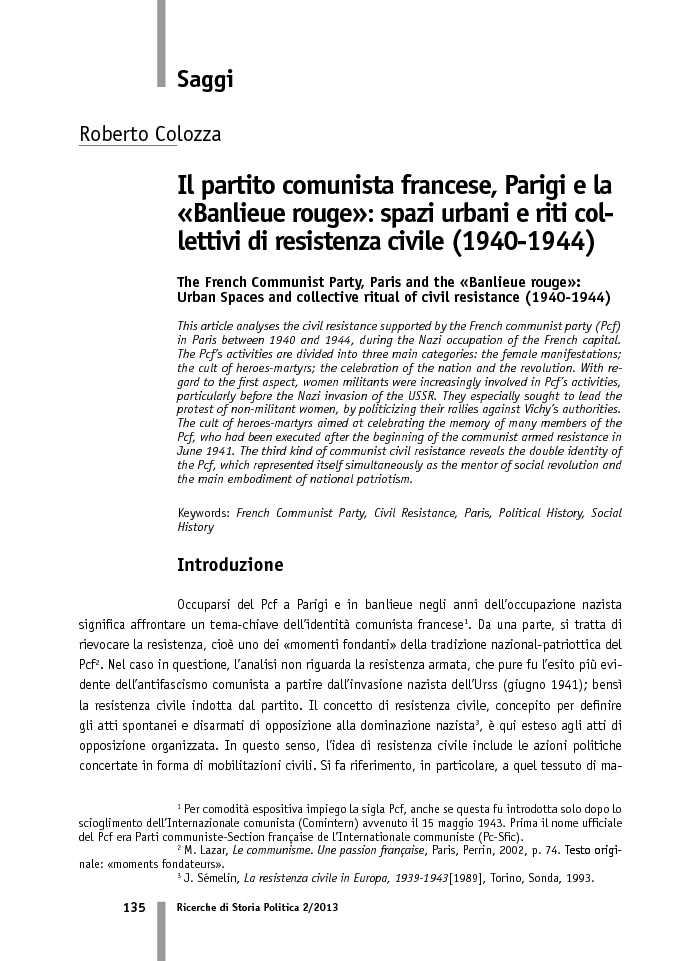