Italian policing of protest in 1977 is typically associated with «repression». The ensuing radicalization of political violence is also conventionally attributed to harsh law enforcement. However, these arguments are based on the assumption that State agencies were both willing and equipped to deploy significant force against dissent. Yet, this explanatory framework is primarily grounded on protesters' memories. This paper argues that our comprehension of these dynamics is biased by the selective use of sources and proposes integrating in the historical account also the point of view of the police. Based on extensive researches in the archives of the Ministry of Interior, this essay offers an alternative interpretation of law enforcement intervention during 1977. Specifically, it presents official data about arrests and agents employed in the field. Moreover, it demonstrates the dysfunctional relationship between the police and the judiciary. The research also shows the ineffective outcome of various «repressive» measures adopted by the police. Finally, it provides documentary evidence of the police's technical, organizational, and strategic flaws. Far from assuming this - equally biased - version of offered by the papers of the police, the paper discusses the competing interpretations and calls for a broader crosschecking of sources. 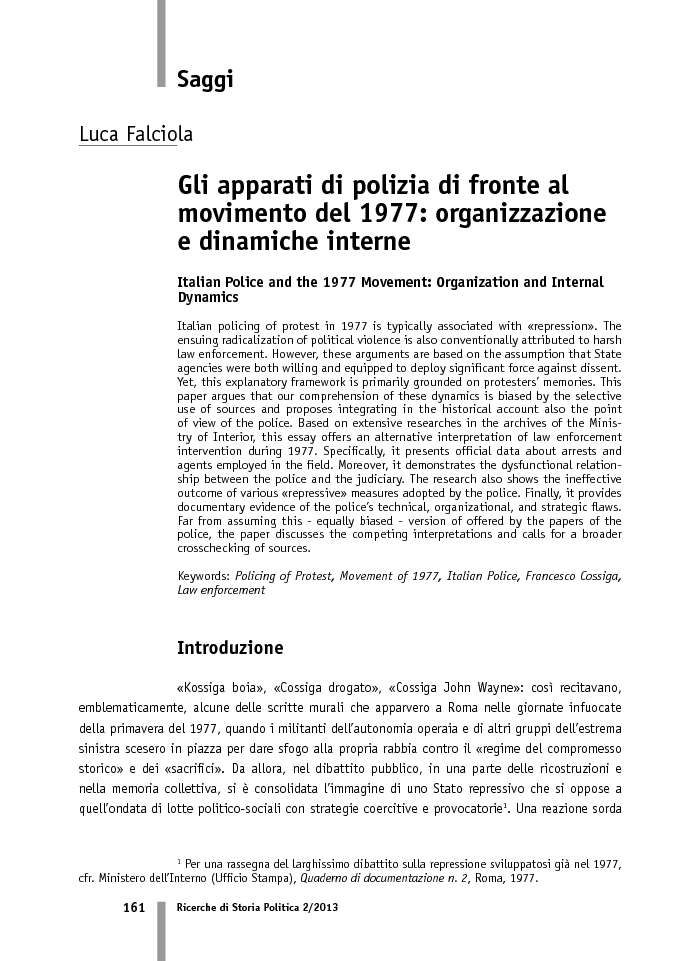