The article discusses the historiographical debate on the policy of the United States government toward the Spanish Civil War. The essay focuses on two crucial issues. The first are the reasons of the «non-intervention», which resulted in a series of legislative measures such as the «moral embargo» of August 1936, the Joint Congressional Resolution of January 1937, and the Neutrality Act of May 1937. The second issue are the reasons that rendered the Roosevelt Administration «deaf» to the requests of politicians and exponents of civil society to extend, at first, the embargo to Germany and Italy, and to eventually lift it at a later time. In particular, the author discusses the historiographical interpretations on Roosevelt's behavior during the Civil War and compares the U.S. and the Spanish historiographies. 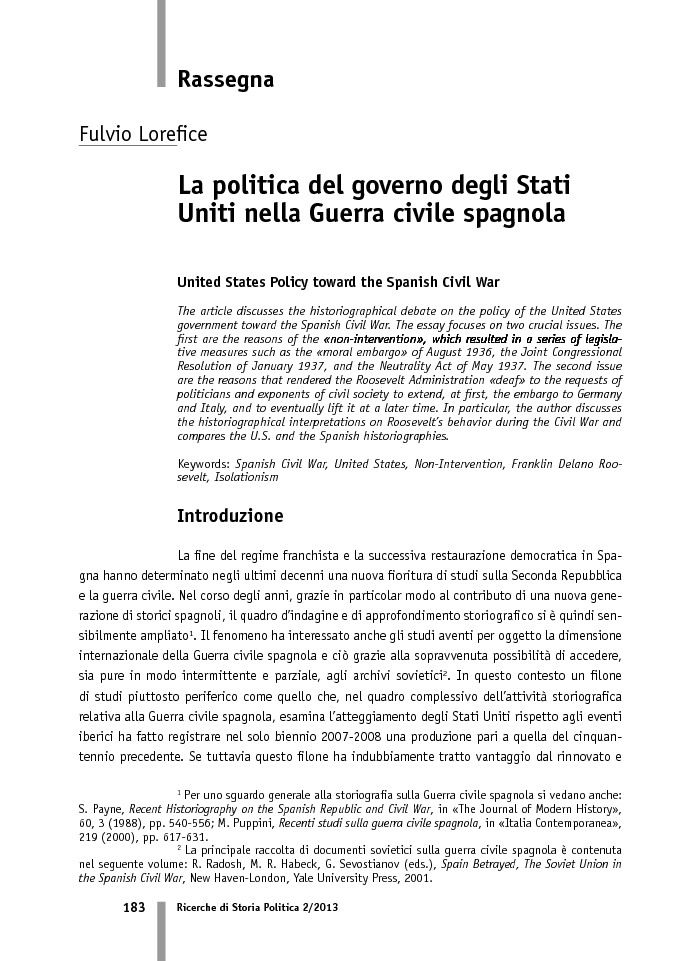