The roundtable aims at contributing to the ongoing conversation on Atlantic history by discussing prevailing notions of periodization as well as its spatial, chronological, and thematic contours. First, while the Atlantic history paradigm implies a reconsideration of the traditional partition between early modern and late modern history, works in this field by and large focus on the early modern period. Second, the issue of periodization raises other questions, like the relation between the Atlantic and the global. Third, the focus on a «longer Atlantic», encompassing the 19th century implies, among other things, a re-assessment of the relation between Atlantic history and the history of political ideas and institutions. Finally, Atlantic history came to the fore mostly in the Anglo-Saxon world, also as a reaction to historiographical traditions marked by exceptionalism, but until today its impact in continental and especially Mediterranean Europe has been quite limited. 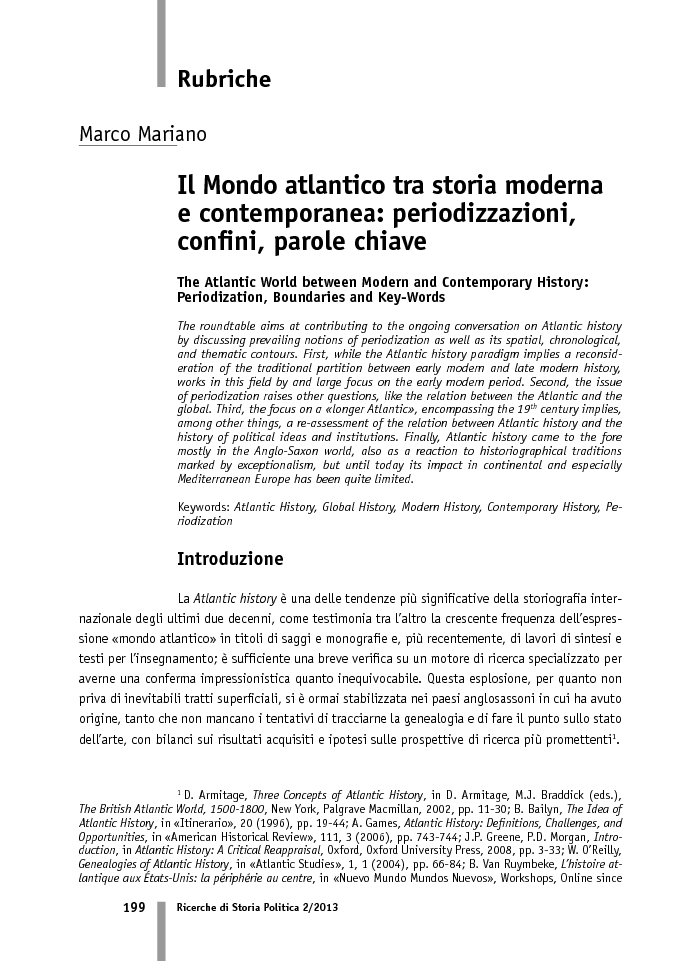