Americanization (especially after 1945) has been one of the main issues of European cultural, political and economic history. Lately, however, scholars appear to be correcting the image of a hegemonic relationship into that of a two-way intercultural transfer. This stands true also for Germany. On the basis of the many works on the subject published in Germany and the U.S. in the decade after the German reunification, some of the major issues of the recent debates are highlighted: from the growing attention paid to the social roots of German discourse and images of America; to the deeper analysis of the link between America and modernity and of its different articulations (from the Empire, the Weimar Republic, to the Third Reich); to the awareness of the complex processes which took place at many levels in the Federal Republic, and which, not unlike other European countries, can only be fully understood in terms of selective appropriation and negotiation. To most researchers the concept of Americanization can be at best a useful heuristic device, while as an analytical tool it is considered too vague and/or swayed by emotional or political biases. 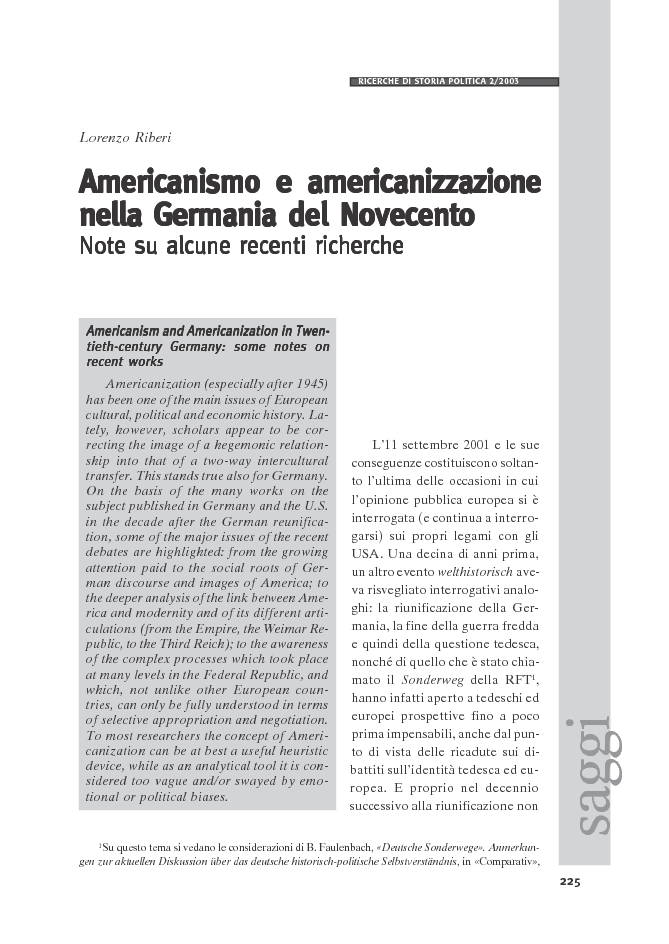