This review article deals with the evolution of historical presidential studies over the last decade. In the 1990s such studies showed a definite progress, thanks largely to the contribution of political scientists with a historical bent, who challenged historians to critically re-examine their threadbare assumptions. The result has been an increasingly comprehensive image of the presidency as an institution, that, however, is now at risk, due to the return of traditional (and misleading) issues of "character" wrought by the Clinton-Lewinsky scandals. If not properly countered by social and political history, this most recent development, the article argues, threatens to bring back the field to its unsophisticated nature of years ago. 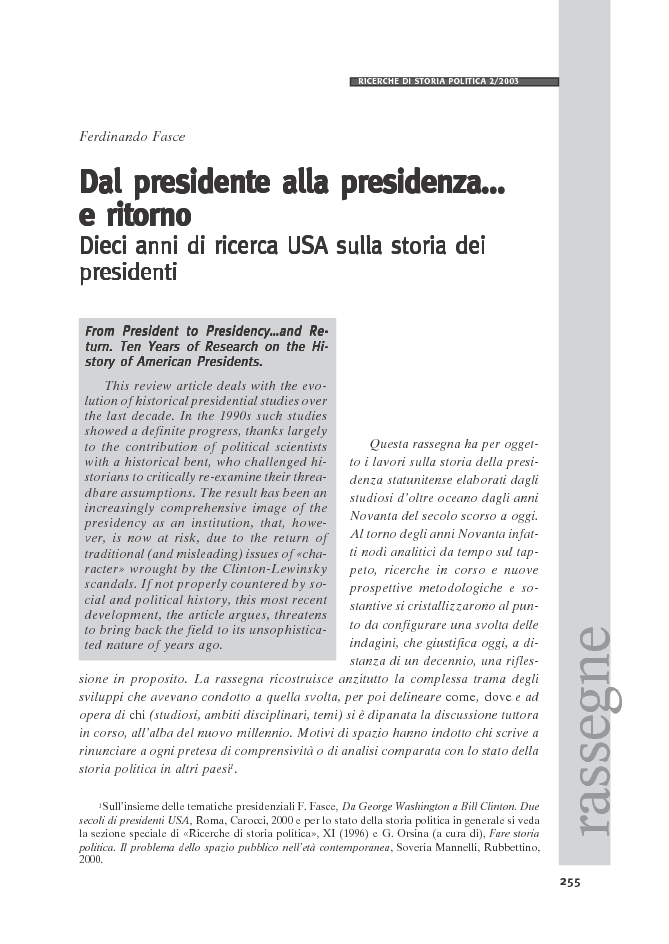