Socrates listens to the argument that on reflection seems best to him, and that argument compels him. Like Socrates, we are apparently familiar with the experience of being compelled by an inference that forces us to accept a conclusion. We accept the conclusion, perhaps an unwelcome one, by virtue of the force of logical compulsion, which is neither the threat of violence, nor the charm of a seductive persuader: it is the sober force of an inference that we feel we must accept, if we aim at truth. The idea of logical compulsion poses a philosophical problem: is there really such thing as the force of the better argument? What does this force consist in? How are we compelled? How is logical compulsion possible? The problem is illustrated in sections 1 and 2. Sections 3 and 4 consider an attempt to solve the problem based on the notion of mental intuition. A different solution based on epistemic virtues is proposed in sections 5-7. According to the proposed solution the property of being a cogent inference (endowed with logical compulsion) is relative to an epistemic context. In sections 8-10 three kinds of cogent inferences in a given context are distinguished and it is argued that inferences of all three kinds are fallible. The conclusions are summarized in section 11. 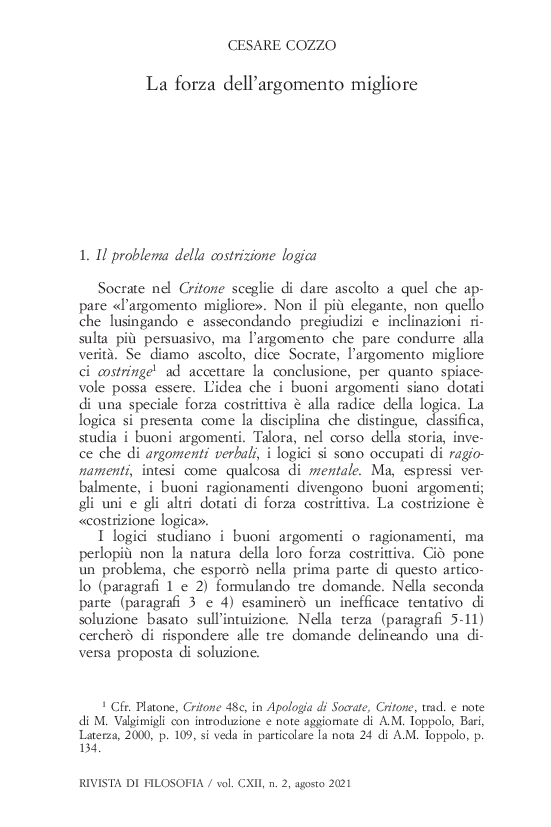