The aim of this paper is to show the influence which Roberto Ardigò – the most important representative of Italian positivism – had upon the debate about the constitution of human sciences as autonomous disciplines in Italy, during the last quarter of the Nineteenth Century. The paper focuses on sociology and psychology in particular. Indeed, by considering the debate on such disciplines, one can easily register some strategic stances which were taken, on the basis of different philosophical assumptions, with respect to the human sciences and their relationship with philosophical knowledge. However, as it will be shown, the debate on the human sciences cannot be considered as a mere philosophical and scientific one, for it became the subject of a true political dispute. 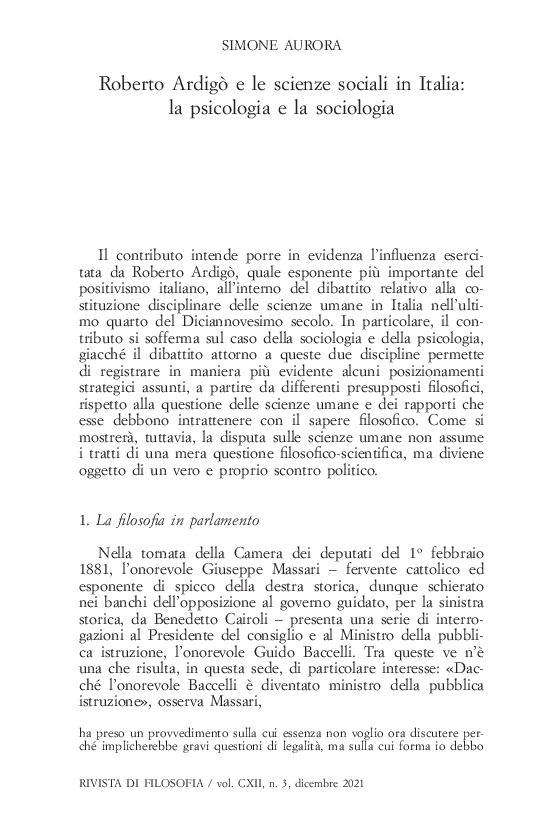