This paper retraces and discusses some of the main historiographical interpretations of Giordano Bruno’s De immenso. Retracing starts from Felice Tocco’s studies of the Latin Poems, such as the «philosophical testament» of Nolan and goes on to the magicalhermetic reading of Frances A. Yates, through the hermetic-neoplatonic perspective of the interpretation proposed by Carlo Monti of the brunian lucretianism, up to the works of Alfonso Ingegno, Hilary Gatti, and the recent book edited by Dario Tessicini and Miguel Ángel Granada, Giordano Bruno, De immenso. Letture critiche. Beginning with an analysis of the latter book this contribution deals, firstly, with the continuity of brunian reflection, which is the operation of recovery and deepening of concepts, terms and problems already developed in previous works, which return under new forms in the De immenso. Secondly, the contribution opens up to a reflection on the role that the categories of modern and modernity play in contemporary historiography, both in the analysis of brunian philosophy, and, in a more general perspective, in the examination of the link (or break) between Humanism, Renaissance and Modern philosophies 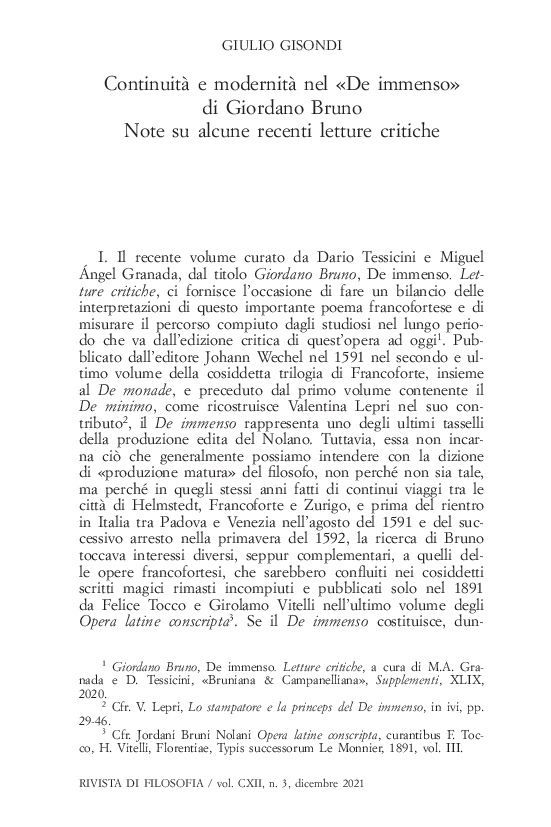