The article presents a historical reconstruction of the interpretations of philosophy of life in twentieth-century German philosophy. In the German philosophical culture the discussions on philosophy of life are associated with the development of phenomenology and of neo-Kantian philosophy, later on with the controversies about existentialism and hermeneutics. These discussions involve the problems of a closer characterization of the idea of life in its relationships with history and reason. From Scheler to Rickert, from Heidegger to Misch and Plessner, from Bollnow to Lukács, the controversial idea of philosophy of life became an interpretative key for very different philosophies, such as those of Nietzsche, Dilthey, Simmel, Spengler, Klages, W. James, Ortega y Gasset. 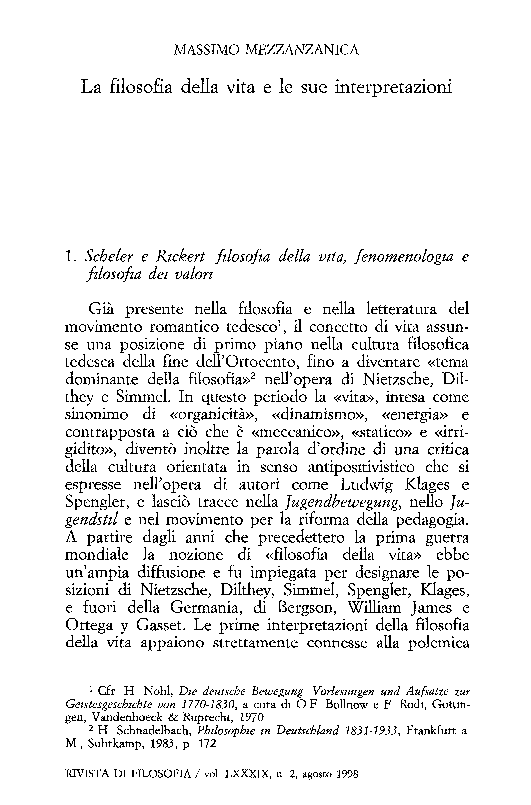