In the essay several versions of Enlightenment are recognized, varying mainly according to period (from 1685/88 until 1830) and country (Netherlands, Great Britain, France, Italy, Spain, Austria, Russia etc.). Then some reasons of unity are acknowledged as well, which can be summarized under the heading of "modernization ". Such a modernization was imposed upon European nations by the needs of the military revolution which had taken place since the 15th century. Finally, the ideologies are regarded as one of the main inheritances of the Enlightenment, and some of the most negative characterizations of that inheritance - such as the charge of leading to totalitarianism - are rebutted. 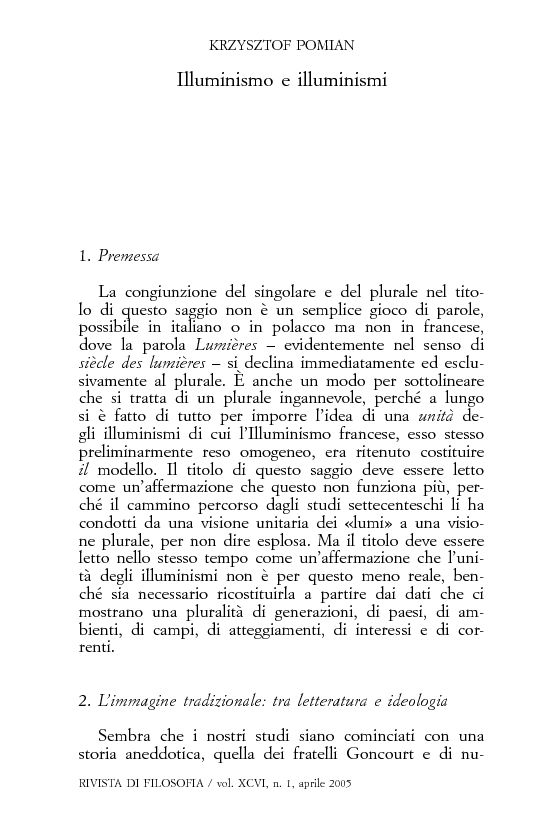