After a brief survey of the several meanings which have been attributed to the word "Enlightenment" by 20th-century historians, this paper distinguishes between a mainly philosophicaland -scientific-minded trend of interpretation, and a broadly political and ideological one. This split helped in deepening the division of labour among 18th-century scholars, and sometimes in impoverishing the history of ideas. Moreover, during the last decades a revival of the so-called "dialectics of Enlightenment", first launched in the Forties by the Frankfurt sociologists, and fully endorsed by their post-modern followers, reintroduced old challenges into the debate about the living inheritance of the 18th-century, putting a negative stress on the impact of its leading ideas, like Reason, Nature, Law, Progress, Science and so on. As a paradoxical result, both historians and post-modern theoreticians seem to be unaware of using the same conventional term "Enlightenment" in very different contexts and not rarely with opposite meanings. Yet, in spite of its poor theoretical content, the jargon of post-modernism, carrying on a confusing, preposterous attack on the philosophical tenets of the Enlightenment, insinuates itself even into the researches of some historical- minded scholars who seem to be relatively uninterested in the full range of philosophical and scientific problems of 18th-century thought. 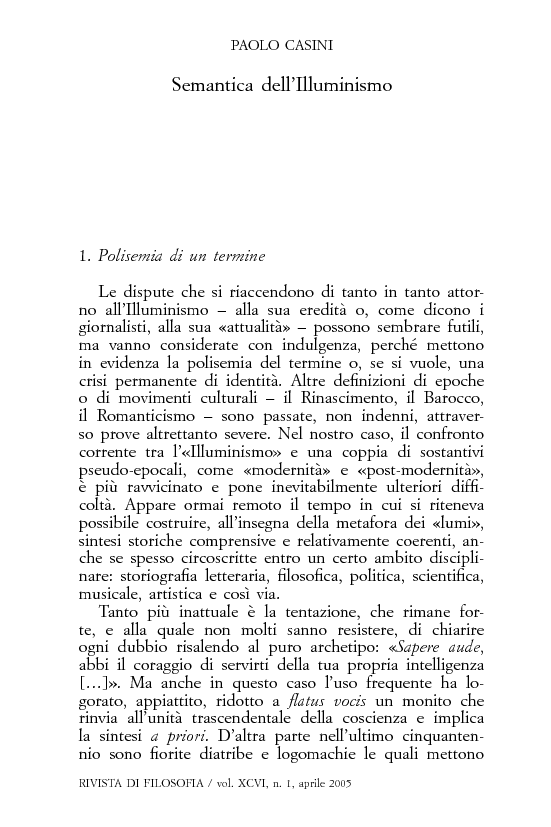