In a number of books and articles written in Italian I have tried to defend classical (i.e. purely quantitative hedonistic, impersonal, total, act-) utilitarianism. In this paper it is argued that whether utilitarianism is formulated in terms of the (primitive) notions of right and wrong or, alternatively, in terms of the (primitive) notion of ultimate normative reasons for action, no substantive difference is made as to the matter of the viability of the doctrine. It is further stressed that what I have tried to defend is utilitarianism as a criterion of right action, not as a method of deliberation (this distinction being crucial), and that my defence of utilitarianism is premised on the methodological assumption that a viable ethical theory should cohere with our most considered judgments (Sidgwick's "rational intuitions"), and not with our "common moral intuitions". Finally, against preference utilitarianism it is argued that what morally matters is satisfying people, not satisfying their preferences. 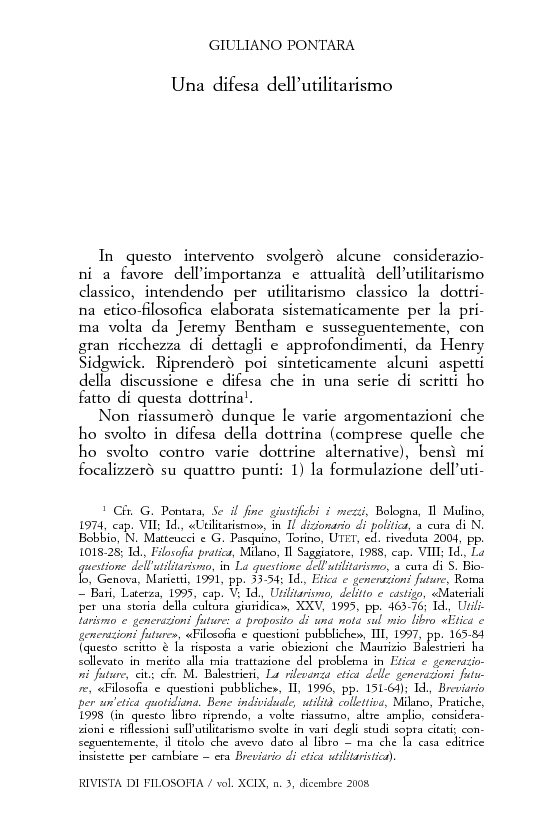